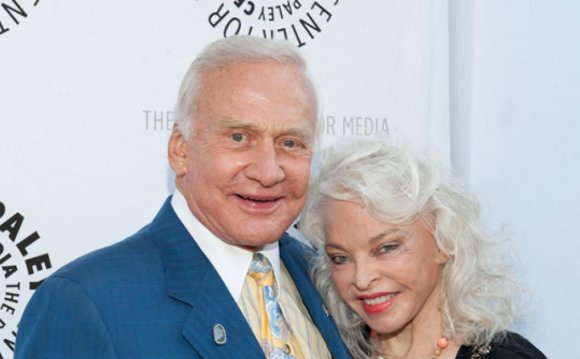 PERSONAL DATA: Born January 20, 1930, in Montclair, New Jersey. Two sons, one daughter. Married to the former Lois Driggs Cannon of Phoenix. Their combined family is comprised of six grown children and one grandson.

EDUCATION: Graduated from Montclair High School, Montclair, New Jersey; received a bachelor of science degree in 1951 from the United States Military Academy at West Point, New York, graduating third in his class; and a doctorate of science in Astronautics from Massachusetts Institute of Technology, Cambridge. His thesis was "Guidance for Manned Orbital Rendezvous." Aldrin has honorary degrees from six colleges and universities.

SPECIAL HONORS: Aldrin has received numerous decorations and awards, including the Presidential Medal for Freedom in 1969, the Robert J. Collier Trophy, the Robert H. Goddard Memorial Trophy, and the Harmon International Trophy in 1967.

NASA EXPERIENCE: Aldrin was one of the third group of astronauts named by NASA in October 1963.

On November 11, 1966, he and command pilot James Lovell were launched into space in the Gemini 12 spacecraft on a 4-day flight, which brought the Gemini program to a successful close. Aldrin established a new record for extravehicular activity (EVA), spending 5-1/2 hours outside the spacecraft.

EXPERIENCE: Prior to joining NASA, Aldrin flew 66 combat missions in F-86's while on duty in Korea. At Nellis Air Force Base, Nevada, he served as an aerial gunnery instructor. Following his assignment as aide to the dean of faculty at the Air Force Academy, Aldrin flew F-100's as a flight commander at Bitburg, Germany. He went on to receive a doctorate at MIT, and was then assigned to the Gemini Target Office of the Air Force Space Systems Division, Los Angeles. In March 1972, Aldrin retired from Air Force active duty, after 21 years of service. As a USAF jet fighter pilot during the Korean War, he shot down two MIG 15 aircraft.

Since retiring from NASA, the Air Force, and his position as commander of the USAF Test Pilot School at Edwards Air Force Base in 1972, he authored an autobiography, "Return to Earth". Aldrin has remained at the forefront of efforts to ensure a continued leading role for America in manned space exploration to advance his life-long commitment to venturing outward in space.

In addition, he lectures throughout the world on his unique perspective of America's future in space. He has just authored a book about the Apollo Program titled "Men from Earth".