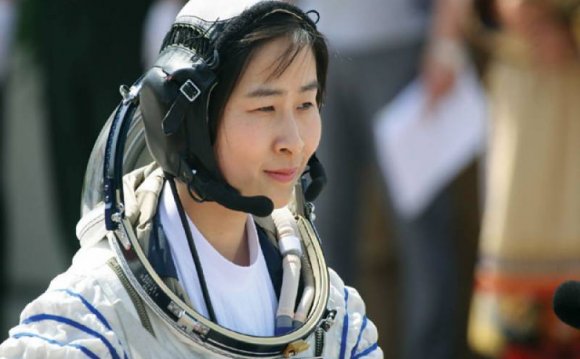 China has unveiled the three-person crew for its first manned docking spaceflight set to launch Saturday (June 16) — a mission that will send the country's first female astronaut into orbit in the process.

"I am grateful to the motherland and the people, " Liu Yang said in a press conference according to the state-run Xinhua news agency. "I feel honored to fly into space on behalf of hundreds of millions of female Chinese citizens."

Liu and her crewmates will blast off atop a Long March 2F rocket and fly their Shenzhou 9 space capsule to China's Tiangong 1 laboratory module, which is a prototype space station that has been orbiting Earth since last September. It is China's fourth human spaceflight since 2003 and the first to actually rendezvous with a target in orbit.

Liu and her two crewmates are all former pilots with the People's Liberation Army and members of the Communist Party of China, Xinhua reported.

As China's first woman to fly in space, Liu was selected from a field female military pilots to join China's astronaut corps. She joined China's Air Force in 1997 and served in the Wuhan Flight Unit before being selected for the astronaut program.

Another female Chinese pilot, Wang Yaping, was also in the running to fly on the Shenzhou 9 crew. Liu currently holds the rank of major, Xinhua reported. [Women in Space: A Gallery of Firsts]

"China's first female astronaut in space … will be the 56th woman to fly into space out of the more than 500 people that have made it into orbit worldwide, " said space history and artifacts expert Robert Pearlman, editor of collectSPACE.com, a SPACE.com partner site. "The first woman in space, Soviet cosmonaut Valentina Tereshkova was launched on June 16, 1963. If Shenzhou 9 launches on Saturday, it will be exactly 49 years to the day after Tereshkova's historic first flight."

Crowds wave the Chinese flag as a Chinese Long March 2F rocket carrying the Shenzhou 9 spacecraft rolls out to the launch pad at Jiuquan Satellite Launch Center in northwest China on June 9, 2012.