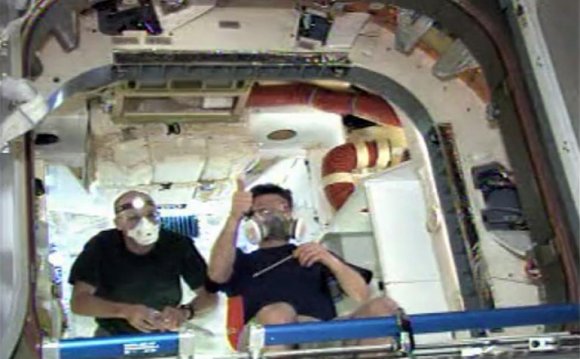 The thing that dropped through Earth’s atmosphere on November 13 was not a UFO. Nor was it a meteor, a spy satellite, or a very surprised whale. It was—probably…almost certainly—a segment of rocket casing from an old space probe.

Nor did it completely fall to Earth. Instead, the object designated WT1190F (yeah, we read it as “WTF” too) burned up hundreds of miles above the Indian Ocean. It was one of tens of thousands of pieces of so-called space junk orbiting the Earth. In fact, WT1190F’s big, elliptical orbit actually encompassed the moon, too. Despite having no close observations of the object, scientists know all this, and more.

“The first clue that it was something manmade come from old observations of it going back to 2009, ” says Jonathan McDowell, an astrophysicist at the Harvard-Smithsonian Center for Astrophysics. Made by astronomer Bill Gray at NASA’s Jet Propulsion Laboratory, these observations showed WT1190F getting pushed around by the sun’s radiation. The only way those orbital wobbles would be consistent with physics would be if the object were either an incredibly light rock, or hollow.

What’s more, in the hour before WT1190F struck the atmosphere, astronomers noticed WT1190F switching from bright to dim, flashing on and off. “That means the thing is spinning, maybe at 70 or 80 rotations per minute, ” says McDowell. That is almost exactly the spin rate that NASA’s engineers apply to ejected rocket sections to make sure their orbits stay stable.

“The facts that it is light, that it is a meter or two in size, and that it is spinning so fast lead us to the idea that it is a discarded rocket stage, ” says McDowell. In fact, they even have a pretty good idea which rocket the debris belonged to. “If you look back on things launched out to lunar distance before 2009 that haven’t been seen recently, there are only a couple of candidates.”

One was a Japanese probe, called Nazumi, meant to study the Martian atmosphere and solar wind interaction—similar to NASA’s MAVEN probe currently in Mars orbit. The other was NASA’s Lunar Prospector, which mapped the Moon’s surface and looked for polar ice deposits. Both were launched in 1998.

Of course, the debris could have come from even older rockets, dating back to the Apollo missions. But McDowell says that’s dubious. Objects ellipsing both the Earth and Moon are subject to the sun’s gravitational pull, which tends to flick them out of orbit after too many years.

That leaves just a few more options. Chief among them (if you are a paranoid science writer) is the possibility that WT1190F was actually a military spy satellite—either American or not. But that idea doesn’t quite jibe with the realities of military spying. For one, nobody to McDowell’s knowledge is using satellites to surveil the Moon. “There’s really no military reason to launch further out than geostationary orbit, ” he says. Which, at 26, 000 miles out is pretty far, but not like moon far.

Second, a spy satellite would probably have solar panels. These would catch the light as the probe neared Earth’s atmosphere. Yeah, the piece of junk flickered, but not like it would have with solar panels attached.

OK, so why all the detective work? Seriously, everything in space has a price tag featuring numerous commas. Why not just add a tracking device to everything the US sends up there? Turns out, that would be really, really expensive, because the telemetry devices would need to stay on for decades.

It turns out, looking for space debris isn’t too much different from tracking nukes, which is how the US Air Force got into the business—and became the world’s experts. “They originally set up to warn of Soviet missile attacks, and they got into space tracking because they needed to know when a thing that popped up on their radars was or was not a missile, ” says McDowell.

The Air Force gets help from other agencies, and amateur spotters like McDowell. (He considers himself an amateur because looking for space junk is not part of his official astrophysicist job.) “We track 16, 000 pieces of space junk in low or medium earth orbit, and there are about 100 pieces of junk out at lunar distance, ” he says.

His not-job is getting a lot easier, due to advances in what’s known as ‘moving time domain astronomy.’ “It’s a buzzword that means looking for things that vary with time in the sky, ” says McDowell. Telescopes like the LSST—currently under construction in Chile—image some fraction of the sky each night. Then, it will compare that image to those from previous nights. The difference between the images will reveal exploding stars, asteroids, and space junk.

astronaut alone orbits the moon without a space ship