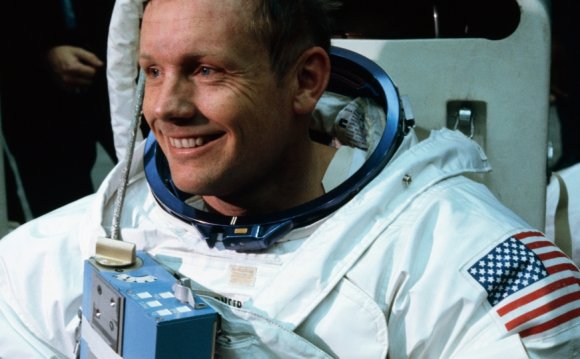 Needless to say, for a curator of a collection of space artifacts, it is hard to imagine anything more exciting. Realizing how important it would be to determine whether any or all of these items were actually flown in the Lunar Module Eagle during the historic Apollo 11 mission, I decided to enlist the expertise of Eric Jones, Ken Glover, and the team of experts who have put together the incredible Apollo Lunar Surface Journal (ALSJ) website, an indispensable site of detailed information about all aspects of the Apollo program.

The bag itself was immediately recognizable in that the ALSJ long has had a page devoted to what the astronauts referred to as a McDivitt Purse. The purse was a special container (officially called a Temporary Stowage Bag or TSB) stowed in the Lunar Module during launch but specially fitted with pins that fit into sockets in front of the Commander’s station to the left of the Lunar Module hatch. The TSB looks like a clutch purse in the way it opens and closes.

HIDDEN_TAG_1 The astronauts referred to it as a McDivitt purse, apparently because the need for a bag to temporarily stow items when there wasn’t time to return them to fixed stowage locations was first suggested by Apollo 9 Commander James McDivitt.

After a close examination of detailed photographs taken when the objects were in the Armstrong family’s possession and after they were shipped for cataloging and research to the National Air and Space Museum, the ALSJ experts were able to determine with almost complete certainty that all of the items were indeed from the Eagle, and that — although they were formally scheduled to be left behind — they were assembled in the Temporary Stowage Bag and saved from the fate that awaited Eagle’s ascent stage and all of its contents: crashing into the lunar surface.

Evidence that the items were intentionally preserved is found in the mission transcripts themselves. (The transcripts of voice communications are the documents around which the entire ALSJ is organized.) The rescued items are referenced by the Apollo 11 crew soon after Neil and Buzz Aldrin rejoined Michael Collins in lunar orbit.

While still in the Lunar Module and after lunar orbit rendezvous with the Command Module, Neil and Buzz spent considerable time passing over to Mike the rock boxes and the contingency samples they had collected from the Moon. Less than an hour before they were ready to jettison Eagle, mission transcripts record Armstrong saying to Collins (Mission Elapsed Time (MET): 129:14:53): “You know, that — that one’s just a bunch of trash that we want to take back — LM parts, odds and ends, and it won’t stay closed by itself. We’ll have to figure something out for it.”

Later (MET 181:38:04) they would describe to mission control the container with the “odds and ends” as, “10 pounds of LM miscellaneous equipment.” It was important they account for the amount and distribution of any added weight so that the return trajectory and entry parameters could be calculated with precision.

As far as we know, Neil has never discussed the existence of these items and no one else has seen them in the 45 years since he returned from the Moon. (I asked James Hansen, Neil’s authorized biographer if he had mentioned the items, and he had not.) Each and every item has its own story and significance, and they are described with photographs in extraordinary detail in an addendum to the Apollo Lunar Surface Journal. But two of the items are especially timely. Both have been placed on display as part of the recently opened temporary exhibition .

The first is the 16mm Data Acquisition Camera that was mounted in the window of the lunar module Eagle to record the historic landing and “one small step” made by Armstrong as humankind first set foot on another world.

The second is one of two waist tethers provided in the lunar module explicitly for securing astronauts should they have to spacewalk from the Lunar Module back to the Command Module had there been a problem reconnecting the two spacecraft in orbit around the Moon. We have determined that this tether was the one Neil Armstrong jerry-rigged to support his feet during the single rest period on the Moon, a story well told and documented in the new Journal entry.

In the future, we hope to complete documenting and cataloging the entire collection of items and, as appropriate, to place them on public display. Seeing such things with one’s own eyes helps us to appreciate that these accomplishments are not just in history books or movies, but involved real people and real things, and that they involved an extraordinary amount of detailed engineering and planning.