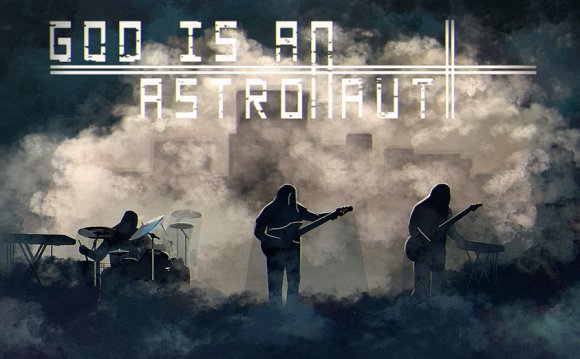 We're more than half a century along in the 'space-age'. We've all seen the surfaces of other planets and worlds, from Mars to Titan, Venus to Pluto. But time and time again it's our home world, Earth, that is guaranteed to stop us in our tracks.

Using 24 hours of imagery from the Japanese Meteorological Agency's geo-stationary weather satellite Himawari-8, Charlie Loyd has created what may be (and I don't think I'm exaggerating) one of the most extraordinary and visceral visions of our blue, water-laced, world.

In time-lapse, compressing 24 hours of high definition pictures into a mere 12 seconds, we see the world as an astronaut in geostationary orbit (far above the usual perch of space stations) might see it. Colors are wonderful, both vibrant, yet subtle (and carefully tuned to mimic what we'd actually see). And the planet, well, the planet is so rich you could just about reach out and touch it.

This YouTube version gives you just a taste of the real thing, which is much more spectacular. Watch this first, then go to Glittering Blue.

It's worth pointing out (as Loyd also does in an excellent FAQ), that Himawari-8 has a really nice camera - a 16-channel multi-spectral imager that scans Earth every 10 minutes. The Glittering Blue video has a resolution on the planetary surface of some 8 kilometers. This camera type is currently the best in the business, and a version is slated for the next US-run GOES satellite.

For now, sit back, scroll around your cradle of life.

The views expressed are those of the author(s) and are not necessarily those of Scientific American.

Dr. Caleb A. Scharf is Director of Astrobiology at Columbia University, and has an international reputation as a research astrophysicist, and as a lecturer to college and public audiences. The UK's Guardian newspaper has listed his blog Life, Unbounded, as one of their "hottest science blogs, " while an editor at Seed Magazine called it "phenomenal. Informed, fresh, and thoughtful." Scharf is author and co-author of more than 100 scientific research articles in astronomy and astrophysics. His work has been featured in publications such as New Scientist, Scientific American, Science News, Cosmos Magazine, Physics Today, and National Geographic, as well as online at sites like Space.com and Physorg.com. His textbook for undergraduate and graduate students, Extrasolar Planets and Astrobiology, won the 2012 Chambliss Prize of the AAS. His articles and reviews have appeared in such prestigious publications as Science, Nature, The Astrophysical Journal, and Monthly Notices of the Royal Astronomical Society. Dr. Scharf is a regular keynote speaker at academic meetings, such as for the American Physical Society, museums, and both public and private venues, including the American Museum of Natural History, the Rubin Museum of Art in New York. He has been a guest on Krulwich on Science at NPR, William Shatner's "Weird or What?" and has served as a consultant to editors and producers at National Geographic Magazine, The Science Channel, The Discovery Channel, and The New York Times.

God is an Astronaut - All is Violent, All is Bright

God is an Astronaut - Coda

I am an Astronaut