Astronauts that have walked on the moon 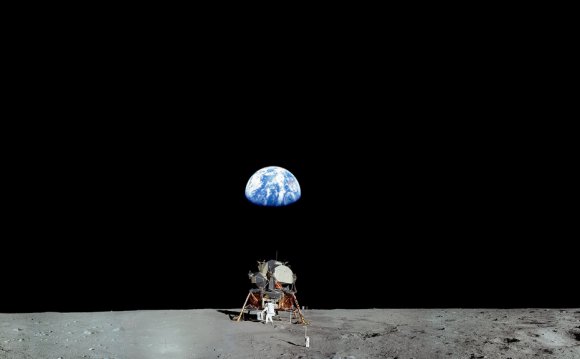 The 12 members of the most exclusive club in human history had many things in common.

All came from a highly technical background and all but one studied aeronautical or astronautical engineering. Growing up, many had been Boy Scouts and even more were active members of their University fraternities. They all went on to study for further degrees – many at military test pilot schools – and almost all of them saw active service in cold war skies, often flying nuclear weapons behind enemy lines.

These high-risk professions often claimed the lives of those to the left and right of them and frequently it was only luck that kept them alive long enough to apply to Nasa.

We might expect such parallel lives in men picked through a selection process devised to seek out "the right stuff". But despite the similarities in their CVs, no two men were from the same mould, as became evident in the years after Apollo.

Trips into space: Two – Gemini VIII, Apollo 11
Time spent on the moon: 21 hours 31 minutes 20 seconds
Most famous for: Being the first man to set foot on the moon

Neil Armstrong was born in Ohio in 1930. His path to the moon began in 1949 while he was studying aerospace engineering, when he was called up by the US Navy. He flew 78 combat missions in Korea before returning to finish his studies. Armstrong became a test pilot in 1955 and then joined Nasa in 1962 as part of its second astronaut intake. He had only spent 10 hours in space when he was selected as commander on the Apollo 11 lunar mission.

In the summer of 1969 he became the first man to walk on the moon.

Following Apollo 11 Armstrong announced that he did not plan to fly in space again. He left Nasa in August 1971 and taught for eight years at the University of Cincinnati. During the 1980s he entered the world of business and became a spokesperson for Chrysler as well as serving on the boards of a number of companies. His authorised biography First Man was published in 2005, setting straight many of the rumours and myths that had emerged over the decades.

Flights into space: Two – Gemini XII, Apollo 11
Time on the moon: 21h 31m 20s
Most famous for: Being the principal storyteller for mankind's first landing on the moon

Buzz Aldrin was born in 1930 in New Jersey. His father was an aviation pioneer and instilled in him a lifelong love of flying. He went on to join the US Air Force, flying 66 combat missions in Korea and carrying nuclear weapons under his wing during the cold war. Unlike the other astronaut candidates Aldrin was not a test pilot and believed his only chance of being selected was to study the emerging field of orbital rendezvous.

It worked and in 1963 he joined Nasa's third intake of astronauts. He was soon known affectionately as Dr Rendezvous. Twists of fate and a talent for working problems through propelled him onto the crew for Apollo 11 and in July 1969 he co-piloted the first landing on the moon.

Aldrin didn't enjoy the limelight that followed and later admitted he would have preferred to put his scientific talents to greater use on a later, less historic flight. Alcoholism and depression plagued the next 15 years of his life. But in the mid-1980s he returned to orbital mechanics, devising what became known as the Aldrin cycler, a spacecraft trajectory that he believes could carry humans to Mars.

• This segment was amended on 13 July 2009. The original listed Aldrin's first space flight as Apollo 8. This has been corrected.

Astronaut Who Walked on Moon Passes Away

How many men have walked on the moon?