Astronauts moon Mars and Beyond 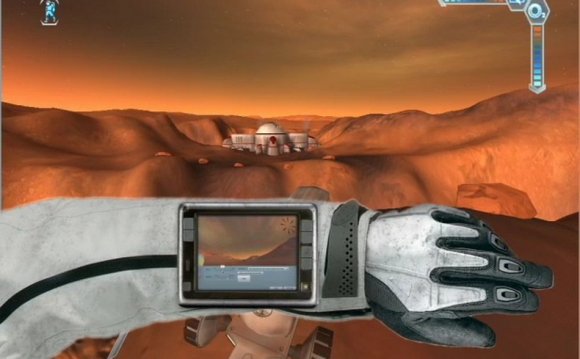 Starlite (also, Starlite Astronaut Academy, formerly associated with Astronaut: Moon, Mars and Beyond) is the title of a multiplayer online game which as of November 25, 2009, is being developed by NASA with Project Whitecard Enterprises Inc. and WisdomTools Enterprises. The game world will be set in the near future with the ability to explore planned and possible near-future planetary missions, which is facilitated by the use of NASA Learning Technologies, and Innovative Partnerships programs.

Other NASA Learning Technologies programs include Second Life's MOONWORLD and Moonbase Alpha on the STEAM network, as well as a few others on different platforms going all the way back to the original Nintendo Entertainment System (NES) system of the 1980s.

The game is being developed because the belief in games used as educational tools is gaining recognition, and NASA is in a position to develop an online game that functions as a persistent, synthetic environment supporting education as a laboratory. It is the same reason pilots train with flight simulators. The initiative to develop a NASA MMO comes from the office of NASA Learning Technologies at NASA Goddard. The award of the Space Act Agreement was the result of a contested RFP.

On July 24, 2012, Project Whitecard Studios Inc. signed a Space Act Agreement with NASA HQ to create "Starlite Digital Badges, " STEM Education badges in conjunction with NASA and Mozilla. This is relevant because the same team will assign open-source digital badges using a customMozilla Open Badges platform from within the Starlite game (a unique concept) being developed for Mobile.

NASAFLIX - FINAL FRONTIER: The Moon, Mars and Beyond - MOVIE