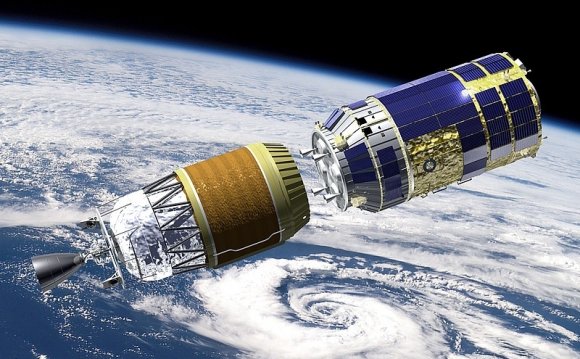 Space food has come a long way since John Glenn orbited Earth in 1962. He and other members of Project Mercury, the first American human spaceflight program, had to endure unappetizing foods that came in the form of bite-sized cubes, freeze-dried powders, and semi-liquids stuffed in aluminum tubes. Today astronauts can select from an extensive menu of over 70 foods and 20 beverages. The one thing they still can't get? Fresh fruits and vegetables!

But that changed on August 10th when the Expedition 44 crew members aboard the International Space Station (ISS) harvested their first space crop, a variety of red romaine lettuce called "Outredgeous." While growing a few leaves in space may not appear to be a big deal it is a quantum leap for NASA scientists in their quest to land men on Mars. That's because, unlike ISS astronauts, the Mars pioneers will not be receiving care packages from Earth and will, therefore, have to learn how to grow their food or spend over three years eating mush!

The space lettuce was cultivated inside a deployable plant growth unit called The Vegetable Production System or "Veggie." American astronaut Scott Kelly began by placing six plant pillows - small pouches that contained the seeds, clay, and controlled-release fertilizer, along with some root mats inside the greenhouse-like container. He then activated the growth process by injecting the pillows with water and turning on the flat-panel light bank of red, blue and green LED lights.

Though it took 33 days before the lettuce was ready for harvesting, it was well worth it. According to Kelly, it tasted slightly bitter, more like arugula than romaine. Gioia Massa, the Science Team Leader for the Veggie believes the stronger flavor will be welcomed by astronauts, given that their perception of taste is somewhat reduced by a fluid shift caused by the microgravity environment.

The crew consumed half the harvest and froze the rest to be transported back to Earth for further testing. When it arrives, scientists will compare its nutritional value to the one grown in the Veggie system on Earth, to see if there are any differences.

Meanwhile, the ISS astronaut "farmers" are now planning to grow zinnia flowers. This will be more challenging given that they will require some artificial pollination. If successful, the scientists will attempt even harder to grow produce like dwarf tomatoes and peppers.

NASA researchers say the impact of growing plants in space extends beyond providing fresh, nutritious food for astronauts. They think the positive psychological benefits of nurturing plants will help them cope better with the isolation of long-term missions.

The one downside to the Veggie system is that plant pillows are designed for single use only. This means scientists still have to figure out a way to repurpose the used ones. According to Massa, one of the ideas being investigated is to use them as building material to construct shelters for the Mars astronauts.

While the Veggie Production System will certainly be a lifesaver for the Mars pioneers, it may also prove very useful on Earth. The developers believe it could be easily adapted for use in places like Dubai, where the weather is too inhospitable to grow crops.

ISS astronauts venture out into space