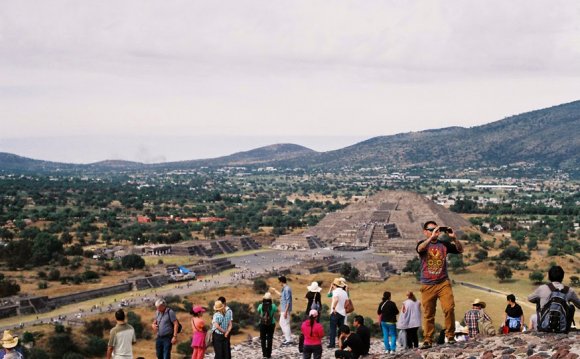 Once again, it’s time for another post on the History Channel’s Ancient Aliens series and why it is completely stupid. I’ve amalgamated several episodes into this one post and I’ll present each logic fail as a quote or claim. As I’ve done a few serious posts on the ancient alien theorists’ qualifications (or lack thereof) this will be less serious.

“Why else would he have written above the door [of a church] ‘this place is awesome’ unless he meant it was a portal to another dimension?”

Which is a valid point. That’s also what people mean when they say Avatar is awesome – the film is clearly a portal to Pandora.

Yes, and the layout of Stonehenge, with its concentric circles, looks like the power button on my laptop. So what?

“Nobody has found King Antiochus’ tomb yet. He must have left via a star portal.”

And maybe every historical person whose tomb hasn’t been found departed this world through a star portal. I’m not saying star portals don’t exist, because I wouldn’t know; I didn’t study astrophysics. But even if they exist you can’t assume star portals are responsible for everything we haven’t found yet. As the ‘documentary’ itself claims, Antiochus’ court was scattered by the Romans so it’s more likely he died as a fugitive or an ordinary citizen.

“The Great Pyramid might have been a nuclear reactor or a device for beaming out microwaves or signals to satellites.” (Cue ilustration of the pyramid sending a beam of light out to a spaceship).

This would be interesting if they actually pointed to evidence instead of just saying this and moving on. People should just stick to conspiracy theories about David Cameron being a robot programmed by the corporations.

True, but only after you said it. And the laws of probability mean that since there’s thousands of ancient carvings there should be some that look like astronauts (or TVs, or cars, etc).

“These hieroglyphs are too perfectly carved to be made by hand and this statue is smooth with no chisel marks.”

Actually, the varying thickness of the lines and some chips can be seen during the brief filming of the hieroglyphs. And why wouldn’t the Egyptians have sanded or polished, maybe even painted, their statues?

“These stones look like they were fused together. It must have been alien technology.”

Just because they look fused doesn’t mean they are fused, and even if they are there could be a more rational explanation.

“What made these tracks? It must have been a railway or how rockets were wheeled out for launch. And his chamber was built to bounce sound around the whole cave. So maybe people moved heavy rocks by levitating them into place with sound.”

“Morgellon’s Disease is caused by aliens planting bacteria on asteroids and sending them here to crash into Earth and infect us.”

Can aliens control comets’ trajectories? And Morgellon’s is thought by the medical community to not dven be a real disease – it’s classed as an ‘internet disease’ at best, and a conspiracy theory at worst. The Ancient Aliens programme has a duty to inform people that it isn’t recognised as a real disease before basing theories on it and interviewing the only scientists in the world who do believe in it.

“The star that guided the Three Wise Men was an alien spaceship.”

Only if you believe that the Bible is literally true. The Gospels were written several decades or hundreds of years after Jesus died (after being passed on by word of mouth), so the Three Wise Men story is unlikely to be true.

“The Garden of Eden was a laboratory designed to look like a natural environment in which aliens created modern humans.”

See above. Also, they must refute the evidence that we evolved from other hominids first before presenting their own theory. First rule of writing an essay or creating a theory.

Cerulean Transience... - According To Ancient Astronaut ...