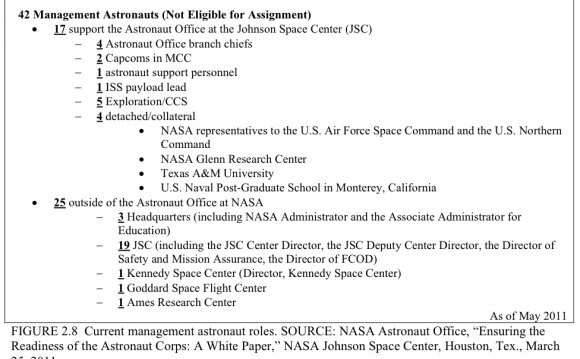 NASA intended that at least 36 of these initial volunteers would pass rigorous screening, and then move on to undergo a battery of physical and psychological evaluations. Of these 36 candidates, NASA planned to select 12 for a final nine-month period of training and testing, followed by a selection of six astronaut finalists.

NASA also desired to seek astronaut applicants having at least three years of experience in operating balloons, aircraft or submarines as commander, pilot, navigator, communications officer, engineer or any technical position related to these activities.

In lieu of three years of experience in any of the specialties already described, astronaut candidates eligible for, or already possessing, a doctorate degree in a scientific or engineering discipline plus at least six months of professional experience within that discipline would be invited to apply.

Astronaut candidates would also be required to have demonstrated, or be willing to demonstrate, a willingness to accept hazards comparable to those encountered in modern research airplane flight, a capacity to tolerate rigorous and severe environmental conditions and an ability to react adequately under conditions of stress or emergency.

It was believed that candidates best qualified to be selected as astronauts would most likely be pulled from pools of test pilots, experimental submarine crews or members of expeditions to the Arctic or Antarctica.

While this was an interesting set of qualifications for astronaut candidates, NASA was not initially able to offer an astronaut selection draft of this kind. President Dwight D. Eisenhower believed that active-duty military pilots would make the best astronauts. As a result, the astronaut selection requirements were altered.

Although the first astronaut draft was opened to military pilots only, many qualified pilots refused to apply because of language in the official NASA astronaut description that troubled them.

"Although the entire satellite operation will be possible, in the early phases, without the presence of man, the astronaut will play an important role during the flight. He will contribute by monitoring the cabin environment and making necessary adjustments.

He will have continuous displays of his position and attitude and other instrument readings, and will have the capability of operating the reaction controls, and of initiating the descent from orbit. He will contribute to the operation of the communications system.

The Case for Small Data Management