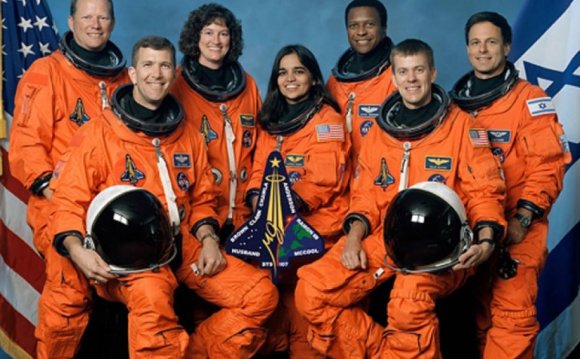 Astronaut Steven Nagel, who flew on four space shuttle missions in the 1980s and 90s, including two as mission commander, has died after a long battle with cancer, NASA confirms.

Nagel, an Air Force pilot who had logged many hours in fighter jets and as a test pilot, joined the NASA astronaut corps in 1978 in the first crop of trainees selected for the space shuttle program.

"I really wanted to fly as a pilot, so at the time — because there was no explanation that went with it — I wondered, 'Are they telling me I'm not good enough to fly as a pilot?'" Nagel told a NASA interviewer about his 1985 assignment to the shuttle Discovery's STS-51G crew, according to Space.com. "Nothing against mission specialists. I would trade my pilot's slot to go be a mission specialist and do a [spacewalk], certainly, but it's just that 'What are they trying to tell me here?'"

"But I think what it really was, our class was very large, and they're getting down to the point where I think [they] probably wanted to get us all flown, and this was a way to do it a little quicker, " Nagel recalled.

According to his official NASA bio, Nagel went on to pilot Challenger (STS-61A) four months later. Among other things, the flight still stands as the only time eight people launched into space at the same time on the same vehicle. It was also the last successful Challenger mission — the orbiter exploded shortly after launch on its next mission, on Jan. 27, 1986. All seven astronauts aboard were killed and the shuttle program was put on hold for two years.

"This was my best time at NASA, actually, " Nagel stated. "Nothing I ever did was more fulfilling than that two years, to be honest, even flying."

"This was better, because everybody was so focused on getting the shuttle flying again, " he said according to Space.com.

"So Nagel and his crew had to divert the water from its tank into a contingency bag.

"'Periodically we'd have to empty the bag, ' Nagel recalled. 'You dump the water overboard out a port on the side of the orbiter ... except instead of gas pressure to dump, one of us would have to squeeze the bag to dump the waste water.'"

"'It got us through the mission, ' [he] continued. 'So who argues with success?'"

He retired from the Air Force and the Astronaut Office in 1995, assuming the position of deputy director of the Operations Development, Safety, Reliability and Quality Assurance Office at Johnson Space Center in Houston.

The following year, he transferred to NASA's Aircraft Operations Division as a research pilot and retired from the space agency in 2011.

In his final years, he taught at the University of Missouri in Columbia, Mo.

"It will always be my honor to know Steve, " says Brian Kelly, director of NASA Flight Operations. "He blessed our lives in many ways. His humor, positive approach to life, and constant smile is something we will all cherish. His service to our great nation and NASA is inspirational."

Astronauts from the space shuttle Atlantis take a space ...