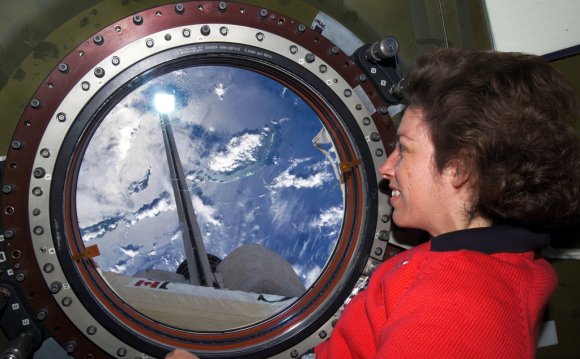 Thirty-eight years ago this week, NASA announced the names of 35 new astronaut candidates, including the first group of women to officially belong to a new astronaut class.

The picture above shows the six female astronauts in January 1978, at the start of their training period. All six women would eventually fly on at least one mission. In 1983, Sally Ride (far right) became the first American woman to fly in space — 20 years after Russian cosmonaut Valentina Tereshkova became the first woman to orbit the Earth.

Geraldyn (Jerrie) Cobb was the first woman ever selected for astronaut training, and was later joined by 12 other women whom Cobb nicknamed FLATs, which stood for Fellow Lady Astronaut Trainees, according to NASA. The women were all pilots, and were subjected to the sometimes strange tests that had been devised to evaluate a person's ability to withstand the demands of spaceflight, even though no human had yet flown in space.

Unfortunately, none of the Mercury 13 were ever given the opportunity to fly in space. Two books have been written about the program and the 13 trainees — "Promised the Moon, " by Stephanie Nolan, and "The Mercury 13, " by Martha Ackermann.