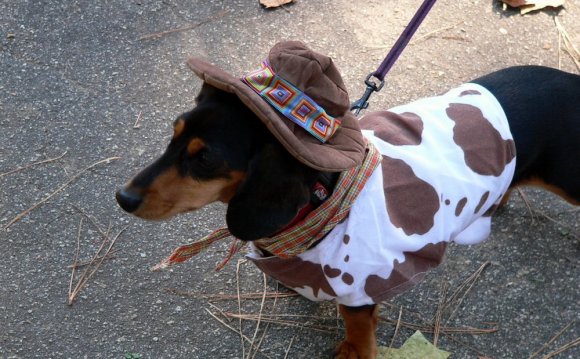 By Greg B
(Bellingham WA)

For this homemade Apollo Astronaut costume I started in early October and began assembling the pieces I'd need.

Some of the stuff I had on hand, while other things had to be ordered from the internet.

I'd work on the homemade Apollo astronaut costume a bit each evening and went through lots of NASA photos. There are probably 8 - 10 hours of time involved. The worst part is the taping. You must have an exacto blade and a cutting surface or the tape gets messed up. I perfected a technique pretty early.

The end result is really authentic and practical. I got tons of compliments. Someone asked if they could rent it from me :)

I can sit and drive with it on, and based on what you wear underneath, the costume can be very toasty or very cool. The whole thing weighs about 2 lbs - minus boots and helmet so you can party all night. The front zipper makes it easy in and out in under 30 seconds. And it wont burn if in contact with fire. Tyvex is somewhat flame retardant.

The trick to making it last is taping every seam in the Tyvex suit before constructing. The sewn seams on one of these suits are the first to rip.

The collar is a barrel ring and the helmet "pops" on to it and is held in place by friction between the suit and helmet materials.

The ring is actually loose but when the neck of the suit is zipped it is locked in place. I kept the entire zipper on the suit after cutting off the hood and it allows me to cinch the neck opening shut, thus locking in the collar so it zips up smoothly. The name tag is Velcro so it assists in holding the zipper together at the weakest point of the suit.