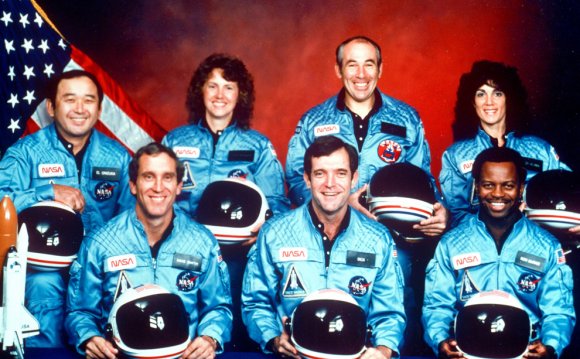 Twenty-five years ago, millions of television viewers were horrified to witness the live broadcast of the space shuttle Challenger exploding 73 seconds into flight, ending the lives of the seven astronauts on board. And they were equally horrified to learn in the aftermath of the disaster that the faulty design had been chosen by NASA to satisfy powerful politicians who had demanded the mission be launched, even under unsafe conditions. Meanwhile, a major factor in the disaster was that NASA had been ordered to use a weaker sealant for environmental reasons. Finally, NASA consoled itself and the nation with the realization that all frontiers are dangerous and to a certain extent, such a disaster should be accepted as inevitable.

At least, that seems to be how many people remember it, in whole or in part. That’s how the story of the Challenger is often retold, in oral tradition and broadcast news, in public speeches and in private conversations and all around the Internet. But spaceflight historians believe that each element of the opening paragraph is factually untrue or at best extremely dubious. They are myths, undeserving of popular belief and unworthy of being repeated at every anniversary of the disaster.

The flight, and the lost crew members, deserve proper recognition and authentic commemoration. Historians, reporters, and every citizen need to take the time this week to remember what really happened, and especially to make sure their memories are as close as humanly possible to what really did happen.

If that happens, here's the way the mission may be remembered:

Myth #1: A nation watched as tragedy unfolded
Few people actually saw what happened live on television. The flight occurred during the early years of cable news, and although CNN was indeed carrying the launch when the shuttle was destroyed, all major broadcast stations had cut away — only to quickly return with taped relays. With Christa McAuliffe set to be the first teacher in space, NASA had arranged a satellite broadcast of the full mission into television sets in many schools, but the general public did not have access to this unless they were one of the then-few people with satellite dishes. What most people recall as a "live broadcast" was actually the taped replay broadcast soon after the event.

Myth #2: Challenger exploded
The shuttle did not explode in the common definition of that word. There was no shock wave, no detonation, no "bang" — viewers on the ground just heard the roar of the engines stop as the shuttle’s fuel tank tore apart, spilling liquid oxygen and hydrogen which formed a huge fireball at an altitude of 46, 000 ft. (Some television documentaries later added the sound of an explosion to these images.) But both solid-fuel strap-on boosters climbed up out of the cloud, still firing and unharmed by any explosion. Challenger itself was torn apart as it was flung free of the other rocket components and turned broadside into the Mach 2 airstream. Individual propellant tanks were seen exploding — but by then, the spacecraft was already in pieces.

Myth #3: The crew died instantly
The flight, and the astronauts’ lives, did not end at that point, 73 seconds after launch. After Challenger was torn apart, the pieces continued upward from their own momentum, reaching a peak altitude of 65, 000 feet before arching back down into the water. The cabin hit the surface 2 minutes and 45 seconds after breakup, and all investigations indicate the crew was still alive until then.

What's less clear is whether they were conscious. If the cabin depressurized (as seems likely), the crew would have had difficulty breathing. In the words of the final report by fellow astronauts, the crew “possibly but not certainly lost consciousness, ” even though a few of the emergency air bottles (designed for escape from a smoking vehicle on the ground) had been activated.

NASA astronauts slam Beyonce over use of Challenger ...