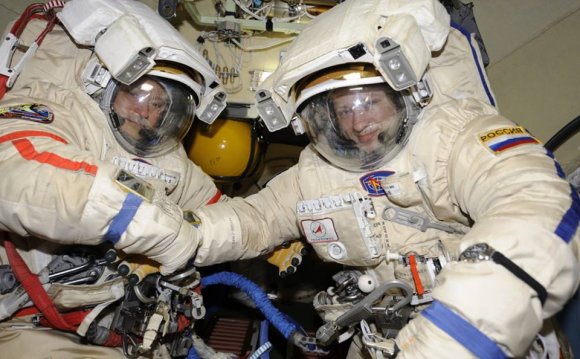 The ISS is the largest international scientific and technological endeavor ever undertaken. The ISS is a permanent laboratory in a realm where gravity, temperature, and pressure can be manipulated for a variety of scientific and engineering pursuits that are impossible in ground-based laboratories. The ISS is a test bed for the technologies for the future as we learn more about living and working in space. Aboard the international laboratory, crews conduct medical research in space; develop new materials and processes to benefit industries on Earth; and accelerate breakthroughs in technology and engineering that will have immediate, practical applications for life on Earth.

The ISS is 356 feet across and 290 feet long, and weighs approximately 940, 000 pounds. Six people can live on the ISS. The ISS is forging and maintaining new partnerships with the other space faring nations of the world; and satisfying humanity’s need to explore.

Astronauts are involved in all aspects of assembly and on-orbit operations of the ISS This includes extravehicular activities (EVA), robotics operations using the remote manipulator system, experiment operations, and onboard maintenance tasks. Astronauts are required to have a detailed knowledge of the ISS systems, as well as detailed knowledge of the operational characteristics, mission requirements and objectives, and supporting systems and equipment for each experiment on their assigned missions.

Applicants must meet the following minimum requirements before submitting an application.

The Qualifications For Being An Astronaut Are Totally ...