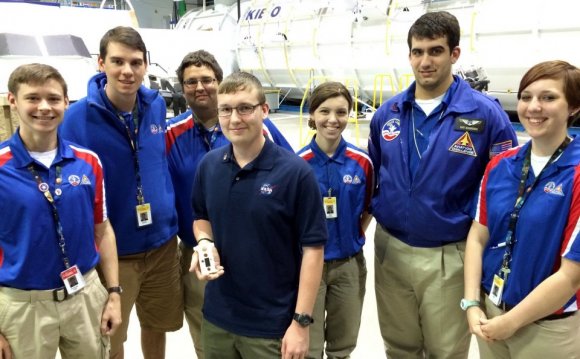 Astronaut Dr. Tom D. Jones has flown on four space shuttle missions for NASA. On his last mission, he led three spacewalks. He has spent a total of 53 days in space. Jones is also a scientist (with a doctorate in planetary sciences), an author, and a pilot. He joins Epoch Times to answer some questions from our readers.

TJ: One of my best memories of space flight is seeing the sun rise and set 16 times a day. It happens very rapidly, going from darkness to full daylight in just about 30 seconds, so its a lot faster than it happens on the ground.

What’s really extraordinary is the range of colors. You go from black planet and black sky … to seeing this faint glow of robin’s egg blue on the horizon. That color transforms to a golden orange as the sun comes closer to rising. You get a hint of that brilliant yellow-white as the sun actually comes up above the atmosphere. [Then] the atmosphere transforms it into rainbow colors. …

So at the end of that, you go from orange, to gold, to brilliant yellow-white, and to pure white, and then it’s so intense you have to look away. Even sunglasses won’t protect your eyes from space, there’s no atmosphere to filter that. So it literally, [and] it physically brings tears to your eyes—some of those are physical, some of those are emotional.

How does a space potty work? What happens to the waste?

TJ: So the basic idea is, you don’t have gravity making everything go where it’s supposed to in the bathroom. Instead, the engineers have substituted moving air—so a series of fans draw urine away from your body down a hose into a storage tank, and for solid waste it just blows it away from your body into a holding canister.

On the space station, when that canister gets full, it gets sealed and put into a trash compartment on board a disposable cargo ship. So all of that solid waste from the crew gets burned up in the atmosphere as that ship de-orbits and comes back home.

Have you seen space junk? How bad is the problem?

TJ: Yeah one of the hazards of space flight is space junk, space debris, and there’s two sources: one is man-made stuff that gets left behind in orbit and is just drifting around, it can have the potential to run into your space ship; another source is natural debris from asteroids and comets that are whizzing through space at 40, 000 or 30, 000 mph.

Even a small, sand-sized grain of debris from a piece of space junk or from a comet, if it hits you, has the kinetic energy to blow a hole, perhaps through your space suit. If it’s large enough, it can actually penetrate the cabin. So it is a serious problem.

The space-faring countries have largely agreed to make sure they don’t leave empty booster rockets behind in orbit, or dead satellites that will drift up there for decades. Now there’s a plan for each country to de-orbit their satellites when they’re done with their mission so they’ll plunge back into the atmosphere or go into a high, harmless orbit. …

That problem is going to be more and more serious for about 10 or 20 or 30 years until that stuff starts to drift into the atmosphere and burns up, and then it will start to clear up. But it’s a challenge for the foreseeable future.

The module that I delivered with my crew to the space station in 2001 had debris shields [and] armor on the outside to deal with that hazard. It’s such a serious factor that we’ve got to protect the ship from it.

Did you see the movie, “Gravity?” If so, what did you think of it? Was it realistic?

TJ: It was probably the best space movie I’ve seen in 15 years going back to “Apollo 13.” It was hyper-realistic in the way that the things looked in the movie— the earth, the spacecraft— that was all very well done in terms of accuracy.

Also the way things floated in that movie—weightless objects and tethers—behaved very much like I experienced when I was doing a space walk out there.

The space junk scenario that happens in the beginning of that movie, I think, was exaggerated. Certainly a couple of unmanned satellites have been destroyed by space junk in the past, but it’s unlikely that you’ll have a cascading storm of metal charging through space wiping out everything all at once, as happens in that movie.

Did you have much fear going into space your first time or on subsequent trips?

TJ: The fear gets left behind because you’re so focused on the work. …

With all the problems and poverty in the world, why do you feel it’s important to spend money on space travel?

TJ: Space travel is a ticket to a brighter future. The things we learn in technology, and in engineering development, and conquering problems in space are directly fed back into solving problems on Earth.