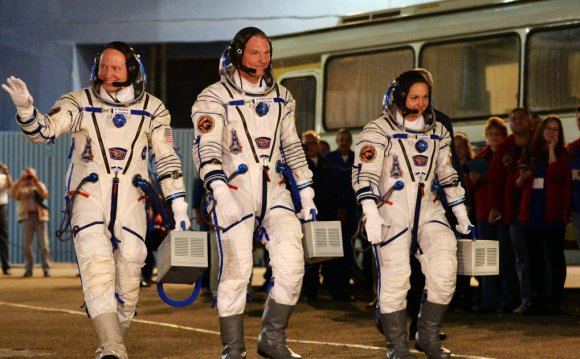 Greg Olsen was the third private citizen to orbit the earth on the International Space Station (ISS). After training for five months (900 hours) at the Yuri Gagarin Cosmonaut Training Center in Moscow, he launched on a Russian Soyuz rocket TMA-7 on Oct. 1, 2005 with Cosmonaut Valeri Tokarev and Astronaut Bill McArthur (Expedition 12). He then docked to the ISS on Oct. 3, and returned to earth on Soyuz TMA-6 on Oct. 11 with Cosmonaut Sergei Krikalev and Astronaut John Phillips (Expedition 11). He performed more than 150 orbits of the earth and logged almost 4 million miles of weightless travel during his 10 days in space.

After an illustrious career as a research scientist and entrepreneur, Greg is now president of GHO Ventures in Princeton, NJ, where he manages his “angel” investments, South African winery, Montana ranch, and performs numerous speaking engagements to encourage children – especially minorities and females – to consider careers in science and engineering. Greg is currently “Entrepreneur in Residence” at Princeton University. He is active in the New Jersey Technology Counsel (NJTC), NJTC Venture Fund, Institute of Electrical and Electronics Engineers (IEEE), and the NJ Commission on Science and Technology. His technical interests are now in the power electronics and alternative energy fields.