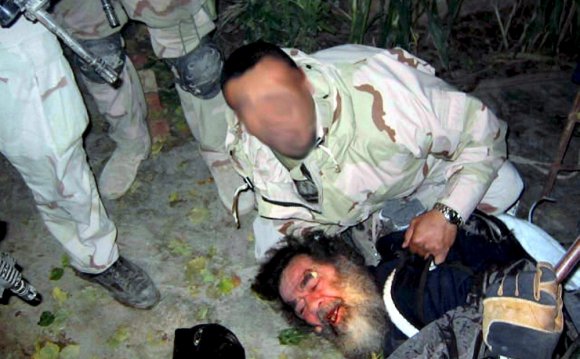 The NASA Astronaut Corps is a unit of the United States National Aeronautics and Space Administration (NASA) that selects, trains, and provides astronauts as crew members for U.S. and international space missions. It is based at Lyndon B. Johnson Space Center in Houston, Texas.

The first U.S. astronaut candidates were selected by NASA in 1959, for its Project Mercury with the objective of orbiting astronauts around the Earth in single-man capsules. The military services were asked to provide a list of military test pilots who met specific qualifications. After stringent screening, NASA announced its selection of the "Mercury Seven" as its first astronauts. Since then, NASA has selected 20 more groups of astronauts, opening the corps to civilians, scientists, doctors, engineers, and school teachers. As of the 2009 Astronaut Class 61% of the astronauts selected by NASA have come from military service.

NASA selects candidates from a diverse pool of applicants with a wide variety of backgrounds. From the thousands of applications received, only a few are chosen for the intensive Astronaut Candidate training program. Including the “Original Seven”, only 339 candidates have been selected to date.

The Astronaut Corps is based at the Lyndon B. Johnson Space Center in Houston, although members may be assigned to other locations based on mission requirements, e.g. Soyuz training at Star City, Russia.

The Chief of the Astronaut Office is the most senior leadership position for active astronauts in the Corps. The Chief Astronaut serves as head of the Corps and is the principal adviser to the NASA Administrator on astronaut training and operations. The first Chief Astronaut was Deke Slayton, appointed in 1962. The current Chief Astronaut is Christopher Cassidy.

Salaries for newly hired civilian astronauts are based upon the U.S. Federal Government's General Schedule pay scale for grades GS-11 through GS-14. The grade is determined in accordance with each individual's academic achievements and experience. Astronauts can be promoted up to grade GS-15. As of 2015, astronauts based out of the Johnson Space Center in Houston, Texas would earn between $66, 026 (GS-11 step 1) and $158, 700 (GS-15 step 8 and above).

Military astronauts are detailed to the Johnson Space Center and remain in an active duty status for pay, benefits, leave, and other similar military matters. Ellen Ochoa was the director of the Johnson space center.