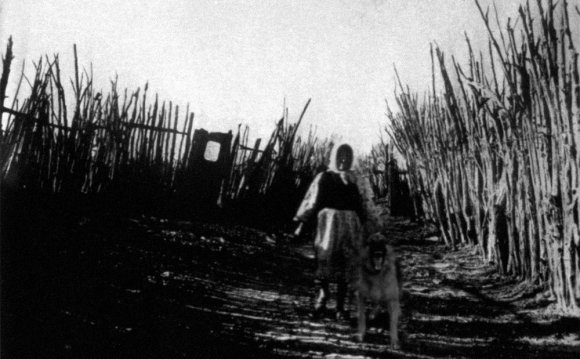 A man (Billy Bob Thornton) who was part of the NASA space program and slated to go to the moon, had to drop out when his father died, in order to save the family farm. Years later his aspiration to be an astronaut is not diminished and he continues to plan to launch himself into space. Also with Virginia Madsen, Bruce Willis, Bruce Dern and Tim Blake Nelson. Directed by Michael Polish. [1:44]

SEX/NUDITY 1 - A husband and wife kiss and snuggle in bed, and a husband and wife kiss in several scenes.
► Men and women dance together at a party.
► Men talk about the motivation for doing things that will result in having sex. A remark is made about science not being sexy. The name of a rocket is "The Other Woman."

VIOLENCE/GORE 3 - A man launches himself in a rocket, it begins to lift, falls over on its side, sails across the ground crashing into cars and it flips over and breaks apart; the man inside is injured, we see blood on his face, and see him in the hospital later and hear that he suffered severe head trauma.
► A man launches himself in a rocket, breaks through Earth's atmosphere, loses radio contact and power, floats in orbit for some time, and then regains power and lands the capsule (re-entry causes a lot of shaking and rattling).
► A man in a truck is chased by many police cars, and he is held at gunpoint when they manage to stop him. A man throws a brick through the plate glass window of a bank, and he is confronted by a bank employee and escorted to the police station. Several cars race onto a farm, we hear radio chatter about securing the barn and locating suspects.
► A man threatens another man and tells him that the military will fire missiles at his farm if he launches a rocket. A child protective services representative threatens to take children away from their parents because they fear for their safety.
► A husband and wife argue, and she throws a plate at him (no one is injured and the scene ends).
► A girl tries to wake her grandfather but cannot, and we see that he's dead and see people grieving at his funeral.
► A man accuses the government of assassinating people with dreams and aspirations. A man undergoes a psychiatric evaluation. People take bets on whether a man will kill himself trying to launch a rocket. We hear that a man's father killed himself.

SUBSTANCE USE - Two men drink beer together, and a man drinks a beer.