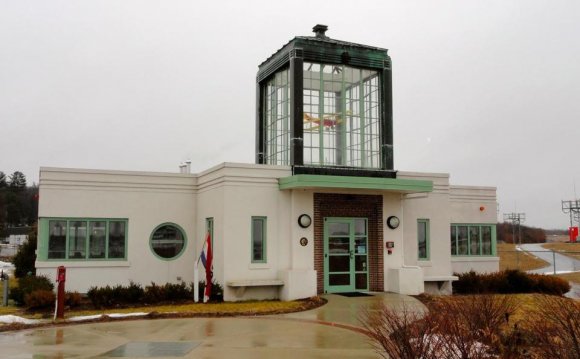 BANGOR TOWNSHIP, MI — As a 5-year-old, Kevin Biskup didn't realize the significance of what he was watching on TV 30 years ago, but the news stations kept playing it over and over and over again.

A spaceship carrying a seven-person crew, including America's first civilian astronaut — a teacher from New Hampshire named Christa McAuliffe — had taken off seamlessly. But as it prepared to break through Earth's atmosphere into outer space, a NASA dispatcher said, "Obviously, a major malfunction."

A horrific explosion created an iconic image of two separating streaks of smoke that would be etched into people's memories for the next three decades.

"It's a tragedy you never forget, " said Biskup, who is now principal of Christa McAuliffe Middle School in Bay County's Bangor Township. "Our students weren't even alive for 9/11, but we feel it's important our students understand the namesake of our building."

Thursday, Jan. 28, marks the 30th anniversary of the Challenger explosion. The Bay County middle school remembered the event through a special morning announcement and a lesson in the classroom.

Hear the announcement in the video below:

Inside Jennifer Gradowski's eighth grade honors history class, students watched original NBC footage of the explosion and then discussed why their school was named after the 37-year-old McAuliffe.

Students stared in amazement. Most of them were born 15 years after the explosion, but the emotion of the footage froze them for a few minutes Thursday morning.

"Did we name our school after her to make a statement?" one student asked.

"To honor her?" another said.

"Was it because she was a teacher?"

In 1997, Bangor Junior High School was renamed Christa McAuliffe to keep with the school district's space theme. The district's high school is named after astronaut John Glenn. The fact that McAuliffe was a teacher was a bonus, school officials have said.

Gradowski said she remembers watching the explosion live in a friend's dorm room on a 13-inch TV while attending the University of Michigan.

"I will never forget seeing the shots of her students who were there for the launch, " the teacher said of fellow educator McAuliffe..

Students at the school are reminded of McAuliffe and the Challenger explosion as they walk the hallways. On display are photos of her, including one signed by Grace Corrigan, McAuliffe's mother. The mother wrote a note to the school that reads, "Reach for the stars."

Cory Snider, the John Glenn girls basketball coach and a seventh-grade teacher at the middle school, was in the seventh grade when the school changed its name.

"I remember voting on the mascot and learning about why the school was changing its name" he said.

The school's mascot name was the Badgers, but students later voted to make it the Comets.

"We get a new group of students every three to four years, so it's important we make sure each group learns everything about the event and has a good understanding and appreciation of it, " Snider said. "It builds pride in our school."

Perhaps most interesting about the day Thursday was asking students what was their iconic "where were you" moment in their young lives. In addition to the Challenger explosion, their teacher vividly remembered news of Princess Diana's death and 9/11.

Students said they remember the Boston bombing, when Osama Bin Laden was killed, the Ebola epidemic, the Sandy Hook shooting and the Paris shooting last year.

Gradowski instructed her students to keep a box in their rooms and whenever a major current event happens, find newspaper clippings or magazine articles and put them in that box.

"When you look back at those events after many years, it's incredible, " she said.

In the hallway Thursday, staff at the school set up a special display that included newspaper clippings, in addition to some photos of McAuliffe and the seven-person crew.