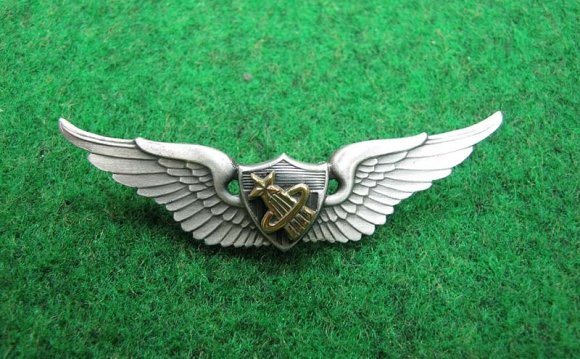 Yesterday’s Eagle Scouts and other former Scouts orbited the Earth in rocket ships. Some even walked on the moon.

Today’s Scouts and Venturers could be the first to walk on an asteroid, fly by Mars or even colonize another planet.

What makes me so sure that tomorrow’s astronauts will have a Scouting background? I let the past be my guide.

Since 1959, at least two-thirds of the pilots and scientists selected as astronauts were Scouts. What’s more, an astronomically high half of space shuttle missions (67 of 135) included at least one Eagle Scout. (See more stats about astronauts who were Scouts at this link.)

So chances are pretty good that tomorrow’s astronaut is today’s Scout or Venturer. And with the 45th anniversary of the launch of the Apollo 13 mission (led by Distinguished Eagle Scout Jim Lovell) happening tomorrow, this is the perfect time to reveal the .

Earning one — or all five — of these merit badges won’t guarantee your Scout a trip to space, but it certainly won’t hurt his chances.

Check out the Top 5 — and tell me which merit badges you’d include instead — after the jump.

Maybe your Scout will be chosen as one of the astronauts who starts a permanent colony on the moon.

Or maybe he just wants to keep those veggies on the International Space Station from wilting away.

Either way, putting down roots in a gravity-challenged environment won’t be easy.

That’s helpful even if — at least for the next couple of decades — the merit badge’s teachings don’t cover how to grow crops on other planets.

A spacecraft capable of taking humans deep into our solar system doesn’t exist. Yet.

While some see that as a problem, Scouts see it as a challenge.

Plus, not all astronauts will go into space.

Anyone who watched Apollo 13 knows that NASA needs smart people on the ground to invent solutions to whatever problems their out-of-this-world colleagues may face.

Thing is, Hickam’s love for space flight started with a love for rockets. He and a group of friends built model rockets that were increasingly more sophisticated. Eventually, their little science experiments gained national attention.

Just check out this awesome requirement: “Build a special-effects model of a fantasy spacecraft that might appear in a Hollywood science-fiction movie.” (Requirement 5.)

Remember: What’s seen as “fantasy” today could be reality tomorrow.

Scouts who earn this one learn about the wonders of the night sky.

Many an aspiring astronaut has developed a passion for space by spending hours peering through telescopes.

Is a future space traveler sitting in your troop right now? If so, requirements like 6a — “Sketch the face of the Moon and indicate at least five seas and five craters. Label these landmarks.” — will come in handy.

With that one, your Scout may just be drawing his own road map for his trip to the moon.

I can see it now: “Just turn left at the second crater, and the Starbucks will be on your right.”

Space Exploration MB. The final frontier. These are the voyages of Scouts who earn this awesome merit badge. Their eight-requirement mission: to explore space pioneers, to seek out knowledge about rocket engines, to boldly design a plan for an inhabited base within our solar system.

But you might not know all that’s covered in this STEM-focused merit badge.

Scouts learn about the history of manned and unmanned space flight; build, launch and recover a model rocket; discuss careers in space exploration; and much more.