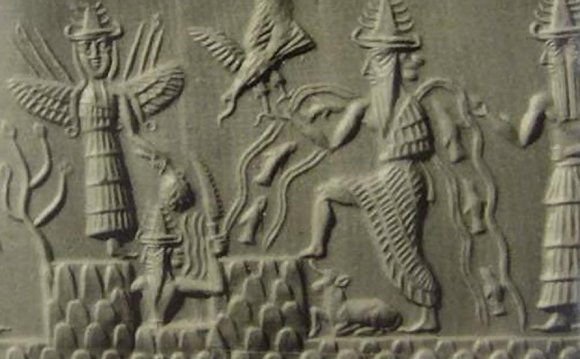 I have attempted to watch every episode of the History Channel’s series on Ancient Astronauts. Invariably, a time will come when I have to stop watching an episode because the commentary becomes so bizarre, speculative, and ridiculous that I just cannot take it any longer.

It is truly unfortunate that the so-called “History” Channel chooses to air this kind of rubbish, all in the interest of sensationalism and sales. It is even more unfortunate that the general public is being exposed to this madness and the speculations of conspiracy nuts who can’t be bothered with the factual tedium of what they contemptuously refer to as “mainstream” or “academic” archaeology.

Over the last century, archaeologists have learned much about the peoples and cultures that so fascinate those who are inaptly called ancient astronaut “theorists.” This is an incredible abuse of the word “theorist” and it irritates me to no end. You know things aren’t going to turn out well when the series’ narrator begins every other sentence with “Is it possible that….”

To have a theory, you need a coherent series of hypotheses which generate testable predictions. You then go out and gather data which are used to test the hypotheses. A “theory” has explanatory and predictive power based on facts, data, and evidence — not speculations.

Ancient Astronaut Theory: The New, Oldest, and Only TRUE ...