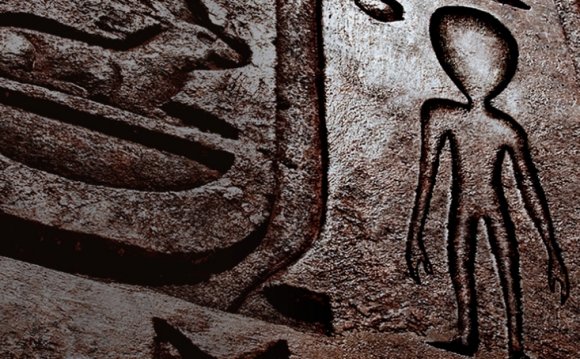 Yesterday filmmaker Chris White released his new, three-hour documentary, which will be of interest to my readers since it is an exceptionally thorough examination of the specious claims made on the History/H2 series Ancient Aliens in the light of actual facts. The documentary goes through such claims as "impossible" megalithic architecture, "alien" images in art, and "extraterrestrials" in ancient texts and demolishes each with surgical precision. It doesn't hurt that the movie quotes me extensively at various points.

First, a bit of disclosure: Chris White asked me to participate in the documentary back in the spring, but our schedules did not mesh when he was filming. Despite the extensive use of my material in the sections on Arthur Posnansky, ancient atom bombs, and vimana aircraft, I was not involved in the production in any way and have not received any compensation from it. I did not see the film until its release yesterday.

White has provided what is perhaps the clearest and most understandable discussion of the "mysteries" of Puma Punku I have ever come across, with a detailed explanation step by step of how the Tiwanaku culture built the site, and, more importantly, how ancient astronaut theorists like Giorgio Tsoukalos and David Childress systematically omit, distort, and lie about key evidence in order to construct a false narrative of alien construction. Tsoukalos calls Puma Punku the only site in the world actually built by aliens, but his complete and utter ignorance of every fact about the site (down to the very types of rock from which it was built) mark him as a huckster and a fraud.

However, White's documentary can be a bit confusing for anyone who has never watched or has not paid close attention to Ancient Aliens. White assumes a great deal of familiarity with the program's personalities, including Tsoukalos, Childress, and Erich von Däniken but fails to either introduce them or to provide enough background to understand who they are and what they believe. He presents Ancient Aliens as a coherent piece of propaganda and glosses over the wild discrepancies in the various talking heads' ideas.

White's purpose is to challenge the claims presented on Ancient Aliens, not the people, but a bit of sociology would be helpful in placing this in context. From a film perspective, a bit of background on the filmmaker-who narrates in the first person-would have been helpful. It isn't clear until near the end that he has something of a dog in this fight. White is a Christian (which I know because he told me so), and he has a Biblical perspective that leads him to propose, for example, that the flood of Noah really happened and that global myths are connected through one exceedingly ancient source (a la the Tower of Babel). This doesn't significantly impact the good work he does in his film (it's a very minor part of the story), but it would have been helpful to know two hours or so earlier.

Overall, Ancient Aliens Debunked is a thorough, carefully presented, and rigorous challenge to the sloppy thinking and cult of personality that passes for educational programming on