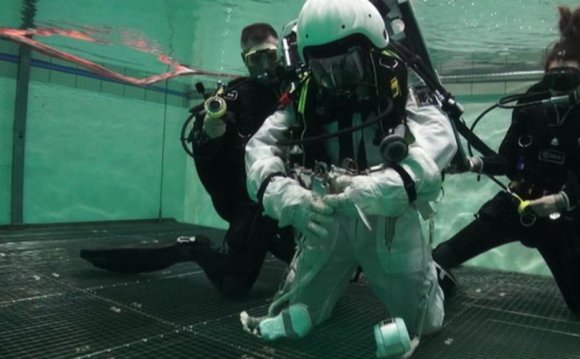 One Direction train to be astronauts in their brand new video for single Drag Me Down.

Released on Friday morning, this is the British boy band’s first video as a foursome after Zayn Malik quit earlier this year.

Directed by long term collaborators Ben and Gabe Turner, the video sees the band put through their paces inside NASA’s Johnson Space Center in Houston.

Each pop star tries his hand at real-life training exercises in the Space Vehicle Mockup Facility, completely taking over the training centre.

Louis Tomlinson is seen driving the Space Exploration Vehicle rover while Niall Horan was filmed on the Partial Gravity Simulator.

The boys then slip into some real astronaut suits, posing inside a full scale replica of the Orion spacecraft.

The track has already hit number one on itunes in 90 countries and has broken Spotify’s record for most first-day streams for a single.