First Astronaut to go to Space 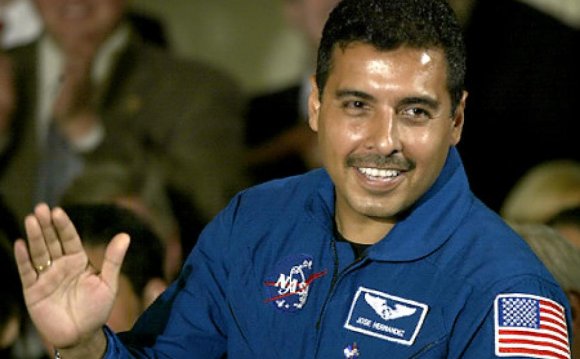 On 12 April 1961, Russian cosmonaut Yuri Gagarin became the first human to travel into space when he launched into orbit on the Vostok 3KA-3 spacecraft (Vostok 1).

This is part of a SPACE.com series of articles on the Greatest Moments in Flight, the breakthrough events that paved the way for human spaceflight and its next steps: asteroid mining and bases on the moon and Mars.

The United States and the Soviet Union vigorously competed to push the boundaries of mankind's exploration of space. The Russians scored a victory when they launched a small craft carrying cosmonaut Yuri Gagarin to new heights. His 108-minute flight gave him a permanent place in the history books as the first man in space.

The race to the stars

With the 1957 launch of Sputnik 1, the world's first manmade satellite, the Russians took an early lead in the space race. The next step was to send a human off the planet.

The American plan to send a man into space by 1961 created a deadline that the Russian team worked hard to beat. The development of the Vostok spacecraft became paramount. Prior to Gagarin’s historic flight, the Soviets sent a prototype of his spaceship, along with a life-size dummy called Ivan Ivanovich and a dog called Zvezdochka. With these successes, the vessel was considered ready to take a living, breathing human into space. [INFOGRAPHIC: How the First Human Spaceflight Worked]

More than 200 Russian Air Force fighter pilots were selected as cosmonaut candidates. Such pilots were considered optimum because they had exposure to the forces of acceleration and the ejection process, as well as experience with high-stress situations. Among the pilots was 27-year-old Senior Lieutenant Yuri Alexeyevich Gagarin.

The third of four children, Gagarin was born on March 9, 1934, in a small village a hundred miles from Moscow. As a teenager, Gagarin witnessed a Russian Yak fighter plane make an emergency landing near his home. When offered a chance years later to join a flying club, he eagerly accepted, making his first solo flight in 1955. Only a few years later, he submitted his request to be considered as a cosmonaut. [PHOTOS: Yuri Gagarin & 50 Years of Human Spaceflight]

On April 12, 1961, at 9:07 a.m. Moscow time, the Vostok 1 spacecraft blasted off from the Soviets' launch site. Because no one was certain how weightlessness would affect a pilot, the spherical capsule had little in the way of onboard controls; the work was done either automatically or from the ground. If an emergency arose, Gagarin was supposed to receive an override code that would allow him to take manual control, but Sergei Korolov, chief designer of the Soviet space program, disregarded protocol and gave it to the pilot prior to the flight.

Over the course of 108 minutes, Vostok 1 traveled around the Earth once, reaching a maximum height of 203 miles (327 kilometers). Over Africa, the engines fired to bring Gagarin back to Earth. The craft carried ten days worth of provisions in case the engines failed and Gagarin was required to wait for the orbit to naturally decay, but they were unnecessary. Gagarin re-entered Earth's atmosphere, experiencing forces up to eight times the pull of gravity, but remained consciousness.

Vostok 1 had no engines to slow its re-entry or a way to land safely. About four miles up (seven kilometers), Gagarin ejected and parachuted to Earth. In order for the mission to be counted as an official spaceflight, the Fédération Aéronautique Internationale (FAI), the governing body for aerospace records, had determined that the pilot must land with the spacecraft. Soviet leaders indicated that Gagarin had touched down with the Vostok 1, and did not reveal that he had ejected until 1971. Regardless, Gagarin still set the record as the first man to leave Earth's orbit and travel into space. [Milestones in Human Spaceflight: Pictures]

Upon his return to Earth, Gagarin was an international hero. He was cheered in Red Square by a crowd of hundreds of thousands. A national treasure, he traveled around the world to celebrate the historical Soviet achievement.

On returning home, he became a deputy of the Supreme Soviet and was appointed Commander of the Cosmonauts' Detachment. Because Russia did not want to risk such a public figure, they were hesitant to allow him back into space. He continued to make test flights for the Air Force, however.

On March 27, 1968, Gagarin was killed in while test-piloting a MiG-15. He was survived by his wife, Valentina Ivanovna Goryacheva, and two daughters.

When Apollo 11 touched down on the moon in July 1969, the crew left behind a commemorative medallion bearing Gagarin’s name, as well as medallions for another cosmonaut and three Apollo astronauts who lost their lives in accidents.

Alan Shepard flew in space on May 5, 1961, the first American to do so. He launched aboard a Mercury-Redstone 3 rocket named Freedom 7. The suborbital flight lasted 15 minutes.

Alan Shepard was the first American in space and the second person in space, launching on a suborbital flight in a Mercury capsule called Freedom 7 on May 5, 1961 — just three weeks after Gagarin's flight. [Pictures of the First American in Space]

Shepard is said to have been frustrated that the United States did not win the race. The Soviet victory could have been prevented, Shepard reportedly felt, had NASA not delayed his mission multiple times for tests.

"I think he was a little bit frustrated with NASA for, in his mind, being a little bit overly cautious, " according to Neal Thompson, author of "Light This Candle: The Life and Times of Alan Shepard" (Three Rivers Press, 2005). "He was a little bit pissed off that they delayed it so much that the Russians were able to get up there first."

John Glenn was the first American in orbit, launching in the Friendship 7 Mercury capsule on Feb. 20, 1962. Glenn orbited Earth three times during the flight, which took place 10 months after Gagarin’s mission. [Pictures of the First American in Orbit]

The first woman in space was Valentina Tereshkova, a Soviet cosmonaut who flew the Vostok 6 mission on June 16, 1963.

The first American woman in space was Sally Ride, who was a mission specialist aboard the Space Shuttle Challenger on flight STS-7 on June 18, 1983.

The first ever robot astronaut to tweet from space

Help Me Be The First Sikh To Go To Space.