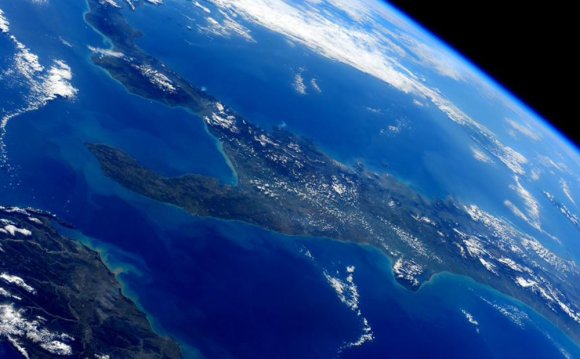 City lights illuminate North and South Korea in an image taken from the International Space Station.

Scientists want your help to sort through gorgeous images of Earth at night snapped by orbiting astronauts.

Studying such photographs could show how light pollution is affecting human health and reveal ways to save energy and improve public safety, researchers said. But the pictures need to be catalogued first, and that's where you come in.

"Anyone can help, " Alejandro Sanchez, a graduate student at Complutense University in Spain who is working on the project, said in a statement. "In fact, without the help of citizens, it is almost impossible to use these images scientifically. Algorithms cannot distinguish between stars, cities and other objects, such as the moon. Humans are much more efficient for complex image analysis." [Earth's Cities at Night: Amazing Photos by Astronauts]

The photos are in a database called The Gateway to Astronaut Photography of Earth. The images range from those taken in the early 1960s during NASA's Mercury program all the way to present-day pictures taken from the International Space Station.

New photos are added every day. As of August, there were about 1.8 million images in the database, and about 30 percent of those were taken at night, researchers said.

The citizen-science project, which is led by a group of researchers at Complutense University, is called "Cities at Night." You can learn more about the project by visiting .

The second part, called "Night Cities, " asks the public to match places in the images with points on maps. Establishing the location of the photographs will help scientists create light maps of cities and could provide some insight into energy usage.

Spain and Portugal glow at night. The city of Madrid is the bright spot just above the center of the picture.

"Lost at Night" is the third and most complicated part of the project, asking citizens to identify cities in photos with a 310-mile (500 kilometers) circumference.

"We don’t know which direction the astronaut pointed the camera, only where the station was at the time the image was taken, " Sanchez said. "Some images are bright cities but others are small towns. It is like a puzzle with 300, 000 pieces."

Volunteers have classified almost 20, 000 images so far, but scientists require multiple volunteers to classify the same image to ensure accuracy. The open catalog of data is free and available for anyone to use.

The project team hopes that scientists can examine the colors of light in each photo and determine the type of energy a city is using and evaluate its energy efficiency. The images could also reveal areas where lighting around roads is lacking and thus help improve public safety. The data can also pinpoint areas where light pollution could be influencing human health and biodiversity, researchers said.

The high resolution of some of the images comes from the European Space Agency's "NightPod, " which was installed on the space station in 2012. NightPod is a motorized tripod that adjusts to match the space station's 17, 500 mph (28, 160 km/h) orbital speed. Before NightPod, the motion of the station and the motion of Earth below blurred images even if astronauts used high-speed film.