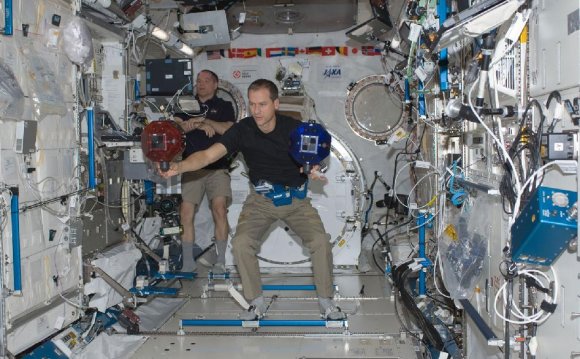 NASA currently employs 47 astronauts, eight of which were selected as candidates during the last application process, in 2013. With the last space shuttle launch in 2011, there have been precious few opportunities for those 47 to head into space. Some have never gotten the chance to leave the Earth's atmosphere. So why start looking for new astronaut candidates?

Because NASA hopes that the next decade will involve many more space flights and they want to be ready. The Soyuz is still shuttling people back and forth to the International Space Station (ISS). Boeing and SpaceX are jockeying to be the first commercial enterprise to carry astronauts to space in 2017, and NASA's Orion capsule is scheduled to leave on its first crewed mission in 2021. It takes two years of rigorous training before an astronaut is deemed ready to fly, and NASA wants to bolster the astronaut numbers now. Considering that each astronaut candidate must endure space station systems training, flight training, learning the Russian language, and going through a survival course, preparing early makes sense.

And the job doesn't get any easier once you become a bona fide astronaut. "Becoming an astronaut is not the achievement, you're asking for a lot more work, " astronaut Anne McClain said in an interview on NASA TV. "You have to recommit to your dreams 100, 000 times to make them come true."

The last application process netted over 6, 000 applications, and of those only 8 were selected. Only 8 to 14 people are expected to be selected in this next class. Every application that goes into NASA is reviewed by at least two representatives in the Astronaut Selection Office. The process is a long one, involving references, medical exams, and interviews for the 'highly qualified' candidates. The class of 2015 won't be announced until .

In order to become an astronaut, a candidate must be a United States citizen with at least a Bachelor's degree in a science, technology, engineering or math field. They also have to have at least 3 years of experience working or teaching in a scientific field, or 1, 000 hours of flight time in command of a jet. They also need to have 20/20 vision (laser-corrected vision is ok), good blood pressure, and be between 62 and 75 inches tall.