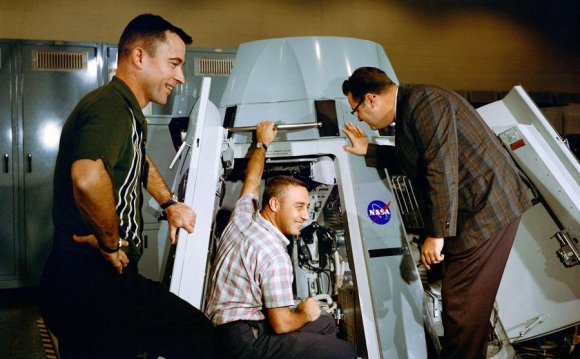 There really is no such thing as an unimpressive astronaut. At the outset of the space race between the United States and the Soviet Union, both countries began with a group of talented, courageous, unflappable men, many of whom were decorated test pilots and, by definition, had made careers out of cheating death. Some, however, achieved milestones so important to the planet as a whole, or survived situations so dramatic that they deserve special mention. We've ranked these men not only by their accomplishments in space, but also by their achievements in their personal lives.

These milestones are more than just the stage for an ideological contest. The residents of Perth, Australia, a world away from the U.S., used to switch on as many lights as possible during manned flights, for the crew members' sakes; astronaut David Scott compared the effect to that of a jewel in the dark. Alexey Leonov described an instant kinship upon meeting NASA astronauts, despite their language barrier, acknowledging that they all shared an indescribable bond deeper than nationality. The achievements these men realized will forever be relevant to human history, and that's deeper than nationality too.

Earthrise: How Astronauts Took the Most Important Photo in ...