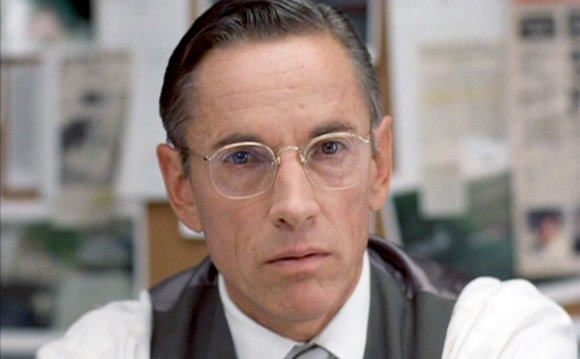 On February 20, 1962, John H. Glenn became the third American in space and the first to orbit the Earth when he successfully completed three orbits aboard the space capsule “Friendship 7.” In the midst of Cold War tensions and the very real fear that the Soviet Union was winning the space race, Glenn’s accomplishment brought a sense of pride and relief to Americans and instantly made the 31-year-old Glenn a national hero. On the 50th anniversary of this historic flight, here are seven things you might not know about Friendship 7 and its pilot, John Glenn.

1. John Glenn was a star before joining the Mercury program.
Glenn had fallen in love with flying at an early age, building model airplanes while growing up in Ohio. In 1941, Glenn discovered a U.S. Department of Commerce program looking for students to train as pilots. Just six months after Glenn received his license, the Japanese bombed Pearl Harbor, and he enlisted and was eventually assigned to the U.S. Marine Corps. Glenn flew 59 missions in the South Pacific, where one of his wingmen was baseball legend Ted Williams. After serving in the Korean War, Glenn was appointed to a naval test pilot program, where he completed the world’s first supersonic transcontinental flight in 1957. Glenn received an enormous amount of publicity following this feat, which brought him to the attention of the NACA, the predecessor to NASA, who selected him to become one of the Mercury 7 astronauts.

2. John Glenn gave his space capsule the name Friendship 7.
The official name for Glenn’s mission was Mercury-Atlas 6. “Mercury” for the mission program, itself named after the Roman god of speed, and “Atlas 6” to indicate that this was the 6th mission to use the new, faster Atlas rocket as a launch vehicle. As was common practice among most pilots, the astronauts selected for the Mercury program often gave their capsules personal nicknames–Glenn asked his children for suggestions on what he should name the vessel, finally deciding on the word “Friendship” and adding the number “7” to honor his fellow Mercury members.

Astronaut John H Glenn Junior does the final rehearsal for ...