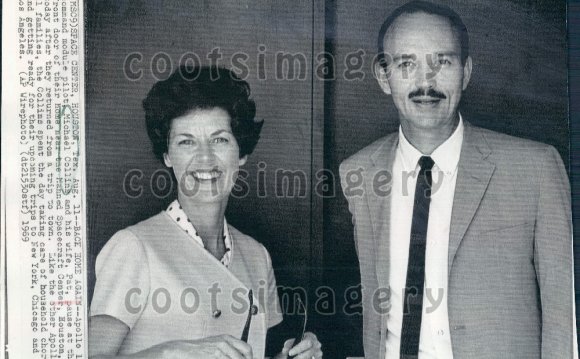 The Apollo 11 command moduleMichael Collins was the command module pilot for Apollo 11, the 1969 American space mission which landed the first humans on the moon. Collins graduated from West Point in 1952, flew fighters on peacetime assignment in Europe, and in 1961 became an Air Force test pilot. In 1963 he joined the National Aeronautics and Space Administration (NASA) and began training as an astronaut. Collins orbited the Earth as pilot for the Gemini X mission (July 18-21, 1966), during which he completed two space walks. In 1969 he joined Neil Armstrong and Buzz Aldrin as a member of the three-man crew of Apollo 11, the first manned mission to land on the moon. Collins circled the moon in the command module, Columbia, while Armstrong and Aldrin descended to the surface in the lunar module Eagle and then walked on the moon. The mission ran from July 16-24 of 1969 (Armstrong stepping onto the lunar surface on July 20th) and made all three men into lasting public figures. Collins retired from NASA in 1970 and later became the first head of the Smithsonian Institution's National Air and Space Museum in Washington, D.C. His books include the memoir Carrying the Fire (1974), Flying to the Moon and Other Strange Places (1976) and Liftoff: The Story of America's Adventure in Space (1988).