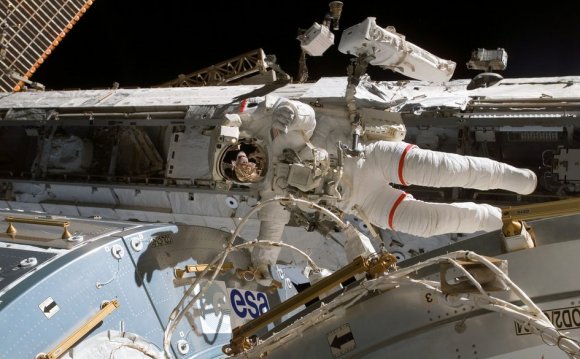 From day one, the Obama Administration has made it clear that the greatest nation on Earth should not be dependent on other nations to get into space. Thanks to the leadership of President Obama and the hard work of our NASA and industry teams, today we are one step closer to launching our astronauts from U.S. soil on American spacecraft and ending the nation’s sole reliance on Russia by 2017. Turning over low-Earth orbit transportation to private industry also will allow NASA to focus on an even more ambitious mission – sending humans to Mars.

We have already fulfilled part of the President’s vision. For the past two years, two companies, SpaceX and Orbital Sciences, have been making regular cargo deliveries to the International Space Station. The contracts we are announcing today are designed to complete the NASA certification for human space transportation systems capable of carrying people into orbit. Once certification is complete, NASA plans to use these systems to ferry astronauts to the International Space Station and return them safely to Earth. Again, this will fulfill the commitment President Obama made to return human spaceflight launches to U.S. soil and end our sole reliance on the Russians.

As a former space shuttle commander, I know that the goal of every mission is to do something different from the flights that have gone before. Alan Shepard earned the title first American in space, John Glenn the first American to orbit Earth. And with all due respect to the late Michael Jackson, Neil and Buzz were the first moonwalkers.

Today, we don’t know who is going to get to command the first mission to carry humans into low-Earth orbit on a spacecraft built by an American private company, but we know it will be a seminal moment in NASA history and a major achievement for our nation. We now know, however, who will build it.

The Boeing Company (Boeing) and Space Exploration Technologies (SpaceX) have each presented to us designs that will allow us to fly crews to the International Space Station in just a few years. Respectively, the vehicles are Boeing’s CST-100 and SpaceX’s Dragon. The total potential contract value is $4.2 billion for Boeing and $2.6 billion for SpaceX. The spacecraft will launch from Kennedy Space Center – Cape Canaveral complex.

Our specialist teams have watched the development of these new spacecraft during earlier development phases, and are confident they will meet the demands of these important missions. We also are confident they will be safe for NASA astronauts – to achieve NASA certification in 2017, they must meet the same rigorous safety standards we had for the Space Shuttle Program.

It was not an easy choice, but it is the best choice for NASA and the nation. We received numerous proposals from companies throughout the aerospace industry. Highly qualified, American companies – united in their desire to return human spaceflight launches to U.S. soil – competed to serve this nation and end our reliance on Russia. I applaud them all for their innovations, their hard work and their patriotism.

The partnership with Boeing and SpaceX promises to give more people in America and around the world the opportunity to experience the wonder and exhilaration of spaceflight – to realize the dream of leaving Earth for even a short time to float above our planet Earth in microgravity and to see the stars and the majestic tapestry of the Milky Way unobstructed by the artificial lights and dust of our atmosphere. Space travelers also will be able to imagine and realize new benefits that can be brought back to Earth.

While Boeing and SpaceX handle the task of taking our astronauts to the space station, the scientists on Earth and astronauts on the orbiting ISS National Laboratory will continue the groundbreaking research that has been taking place there for almost 14 years now without interruption. They will be able to add to that portfolio with an expanded crew made possible by the arrival of these new spacecraft.

As research takes place in Earth orbit and the companies refine these new space transportation systems, we at NASA will be working just as diligently readying our new heavy-lift rocket, the Space Launch System (SLS), and our multi-purpose crew vehicle, for missions in the next decade that will carry people far from our local space neighborhood.

Just yesterday, off the coast of California, I witnessed the successful recovery test of the Orion engineering test article – the next generation spacecraft that is being readied for its December flight test and its eventual use for journeys to an asteroid and to Mars. With the help of the U.S. Navy, the Orion mockup was put through a full ocean recovery dress rehearsal. Following its first flight (EFT-1), Orion will splashdown in the Pacific Ocean – the first time in more than 40 years that it has been necessary to recover a human spacecraft from the ocean.

Last week, at Kennedy Space Center, we rolled the Orion crew module for EFT-1 out of the Neil Armstrong O&C Building to the Hypergolic Processing Facility for fueling in preparation for its maiden test flight in December. Just two days later at NASA’s Michoud Assembly Facility in New Orleans, we cut the ribbon on the new 170 foot high Vertical Assembly Center, the state of the art tooling facility that will weld together the massive core stage of the SLS – the rocket that will launch Orion and our astronauts farther into space than any human has gone before. From Michoud, I traveled to the Stennis Space Center to view progress on the historic B-2 Test Stand that is being prepared to test the core stage of SLS and its configuration of four RS-25 engines.

We will launch SLS and Orion from Kennedy Space Center. They will test the systems needed to get to Mars – with missions to an asteroid and areas beyond the moon such as Lagrange points, where space observatories will be operating within our reach in the 2020s as we conduct the first deep space mission with astronauts since the Apollo moon landings.

We’ll conduct missions that will each set their own impressive roster of firsts. First crew to visit and take samples of an asteroid, first crew to fly beyond the orbit of the moon, perhaps the first crew to grow its own food in space — all of which will set us up for humanity’s next giant leap: the first crew to touch down and take steps on the surface of Mars.