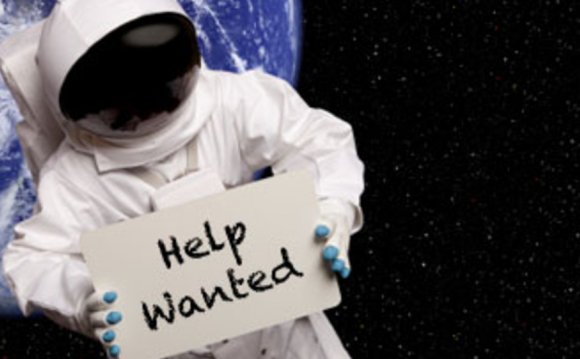 On December 14, NASA will start accepting applications to become an astronaut. So if you’ve ever wanted to journey into the cosmos, this is your chance.

With more human spacecraft in development in the United States today than at any other time in history, future astronauts will launch once again from the Space Coast of Florida on American-made commercial spacecraft, and carry out deep-space exploration missions that will advance a future human mission to Mars.

According to NASA, it doesn’t take much to be eligible for space flight: An undergraduate degree from an accredited institution in engineering, science, or math, plus three years or more of related professional experience or at least 1, 000 hours of “pilot-in-command time in jet aircraft.” Those eligible will also have to pass the agency’s spaceflight fitness exam. NASA offered the following physical specifications as well:

Distant and near visual acuity: Must be correctable to 20/20, each eye… Blood pressure not to exceed 140/90 measured in a sitting position. Standing height between 62 and 75 inches.

But there will also be an interview process, which sounds intense:

A week-long process of personal interviews, medical screening, and orientation will be required for both civilian and military applicants under final consideration. Once final selections have been made, all applicants will be notified of the outcome of the process. Complete background investigations will be performed on those selected.

And those selected don’t automatically become astronauts: Successful candidates will have about two more years of training, when they’ll complete “military water survival, ” “become SCUBA qualified, ” and have to pass a swim test.

The application process is likely to be extremely competitive: Currently, there are only 47 members of NASA’s active astronaut corps.