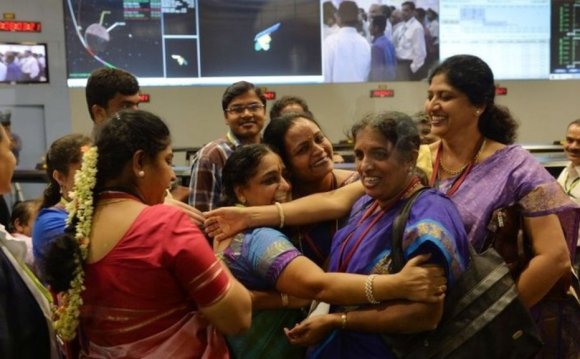 Liftoff on November 23, 2002, set in motion a lot more than space shuttle Endeavour for NASA astronaut John Herrington, Chickasaw. After retiring from NASA, he embarked on a bicycle ride called Rocket Trek across Turtle Island to get Native students engaged with science and math—and discovered two life passions.

Indian Country Today Media Network caught up with Herrington, the first enrolled American Indian to fly in space, to find out what he has been up to since that bike ride, which turned out to be fateful—in a good way.

“That bike ride actually really changed my life in a lot of respects, ” said Herrington. “About seven days into the bike ride I pedaled into Idaho, spoke to the Nez Perce Tribe. And the woman who did my press releases, well, she’s now my wife.”

“I had purchased that book for my mom in ’97, and I knew Horace from the American Indian Science and Engineering Society, ” Herrington said. “He was an elder, and I happened to be a keynote speaker back in ’97 at a conference. Little did I know that in 2008 I would meet the [other] writer of that book and fall in love.”

That brought him to Lewiston, Idaho, where he is now earning a PhD in education at the University of Idaho. His dissertation research is focused on the motivation and engagement of Native people in the sciences—his second passion—centering on a NASA program called Summer of Innovation.

“I’m researching students on the Duck Valley Reservation, the Shoshone-Paiute tribes, ” Herrington said. “My research shows that they increased their interest in math and science after exposure to this NASA program. I will graduate in May.”

In addition he works helping to promote the Chickasaw Nation. That led him to meet a Hollywood producer who grew up in Oklahoma, “and we are currently producing a documentary on my tribe, ” Herrington said. “It’s called Unconquered. The segment we’re doing right now is really from migration legends. They’re all legends, history of the tribe, up to the first encounter with Hernando de Soto.”

Herrington has inspired Indigenous Peoples in all corners of Turtle Island. In September he received a traditional Blackfoot name from Piikunii Nation Elder Leonard Bastien after speaking at the Iniskim Centre at Mount Royal University in Calgary, Canada.

“Commander Herrington is a highly esteemed person to represent aboriginal people, ” Bastien said, according to a statement issued by the university. “And, in our culture, our beliefs, our stories, and as well as for his ancestors the eagle is always the one that flew the highest—today he is the Golden Eagle Chief, Bee Daa Naah, the one who will continue to fly higher and rise above.”