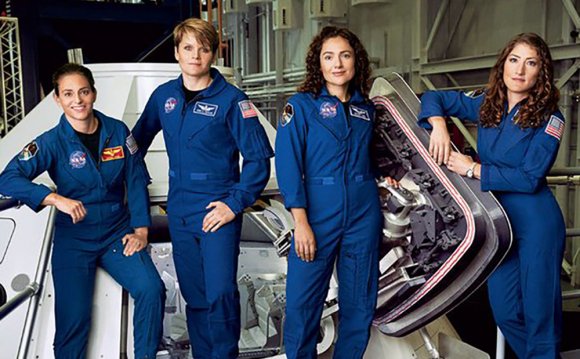 Lovelace’s Woman in Space Program was a short-lived, privately-funded project testing women pilots for astronaut fitness in the early 1960s. Although nothing concrete resulted, the women who participated have since been recognized as trailblazers, whose ambitions to fly the newest and the fastest craft led them to be among the first American women to gain access to sophisticated aerospace medical tests.

The Woman in Space Program began as an Air Force project that grew out of two researchers’ interests in women’s capabilities for spaceflight. Because, on the average, women are smaller and lighter than men are, scientists speculated that they might make good occupants for cramped space vehicles. In 1960, Dr. William Randolph "Randy" Lovelace II and Brig. General Donald Flickinger invited award-winning pilot Geraldyn "Jerrie" Cobb to undergo the physical testing regimen that Lovelace’s Albuquerque, New Mexico Foundation had developed to help select NASA’s first astronauts. Although the Lovelace Foundation for Medical Education and Research was a private organization, Dr. Lovelace also served as head of NASA’s Special Committee on Bioastronautics. When Cobb became the first woman to pass those tests, Lovelace announced her success at a 1960 conference in Stockholm, Sweden. As Cobb coped with the ensuing publicity, Lovelace invited more women pilots to take the tests. Jacqueline Cochran, the famous pilot, businesswoman, and Lovelace’s old friend, joined the project as an advisor and paid all of the women’s testing expenses.

By the end of the summer of 1961, nineteen women pilots had taken astronaut fitness examinations at the Lovelace Clinic. Unlike NASA’s male candidates, who competed in group, each woman came to Albuquerque either alone or in a pair for the week of tests. All of the women were skilled airplane pilots with commercial ratings. Most of them were recruited through the Ninety-Nines, a women pilot's organization. Others heard about the testing through friends or newspaper articles and volunteered. The oldest candidate, Jane Hart, was a forty-one year old mother of eight and the wife of a U.S. Senator (Philip Hart-D of Michigan). The youngest, Wally Funk, was a twenty-three year old flight instructor .

Since no human being had flown in space yet when the astronaut fitness tests were designed, the Lovelace doctors required very thorough examinations. These included numerous X-rays and a four-hour eye exam. A specially weighted stationary bicycle pushed the women to exhaustion while testing their respiration. The doctors had the women swallow a rubber tube so that they could test their stomach acids. A tilt table tested circulation. Using an electrical pulse, the physicians tested nerve reflexes in their arms. Ice water was shot into the women's ears to induce vertigo so that the doctors could time how quickly they recovered. They calculated the candidates' lean body mass using a nuclear counter in Los Alamos. By the end of the week, the women had no secrets from the Lovelace physicians.

A few women took additional tests. Jerrie Cobb, Rhea Hurrle, and Wally Funk went to Oklahoma City for an isolation tank test and psychological evaluations. Because of other family and job commitments, not all of the women were asked to take these tests, however. Instead, the group prepared to gather in Pensacola, Florida at the Naval School of Aviation Medicine to undergo advanced aeromedical examinations using military equipment and jet aircraft. Two of the women quit their jobs in order to be able to attend. A few days before they were to report, however, the women received telegrams abruptly canceling the Pensacola testing. Without an official NASA request to run the tests, the Navy would not allow the use of their facilities for an unofficial project.

Jerrie Cobb immediately flew to Washington, D.C. to try to have the testing program resumed. She and Jane Hart wrote to President John Kennedy and visited Vice President Lyndon Johnson. Finally, on the 17th and 18th of July 1962, Representative Victor Anfuso (R) of New York convened public hearings before a special Subcommittee of the House Committee on Science and Astronautics. Significantly, the hearings investigated sex discrimination two full years before the 1964 Civil Rights Act made that illegal, making these hearings a marker of how ideas about women’s rights permeated political discourse even before they were enshrined in law. Cobb and Hart testified about the benefits of Lovelace’s private project. Jackie Cochran talked about her concerns that setting up a special program to train a woman astronaut could hurt the space program. NASA representatives George Low and Astronauts John Glenn and Scott Carpenter testified that the women could not qualify as astronaut candidates. NASA required all astronauts to be graduates of military jet test piloting programs and have engineering degrees. In 1962, no women could meet these requirements. Although the Subcommittee was sympathetic to the women's arguments, no action resulted.

Lovelace’s privately-funded women’s testing project received renewed media attention when Soviet cosmonaut Valentina Tereshkova became the first woman in space in 1963. In response, Clare Booth Luce published an article in Life magazine criticizing NASA and American decision makers. By including photographs of all thirteen Lovelace finalists, the names of all thirteen women became public for the first time. (Significant media coverage had already spotlighted some of the participants, however.)

Although both Cobb and Cochran made separate appeals for years afterward to restart a women’s astronaut testing project, the U.S. civil space agency did not select any female astronaut candidates until the 1978 class of Space Shuttle astronauts. Astronaut Sally Ride became the first American woman in space in 1983 on STS-7, and Eileen Collins was the first woman to pilot the Space Shuttle during STS-63 in 1995. Collins also became the first...