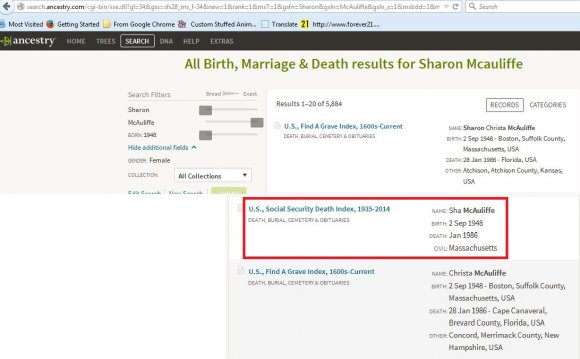 One of the seven crew members who died in the tragic explosion of the space shuttle Challenger on January 28, 1986, Judith (“J.R.”) Resnik was a pioneer for women entering NASA’s space program, and the second American woman astronaut to travel in space.

A talented scientist and a private individual, Resnik gave her deepest loyalties to her father, her career, and her close friends. Although she avoided publicity whenever possible, she was fun-loving and spirited; her romantic crush on actor Tom Selleck was often a source of good-natured teasing among her coworkers.

Born Judith Arlene Resnik on April 5, 1949, in Akron, Ohio, to first-generation Jewish Russian parents, Judith was a bright, curious child who, by kindergarten, could both read and solve simple math problems. Her father, Marvin, was an optometrist and a part-time cantor when he married Sarah Polensky, a former legal secretary from Cleveland Heights. After Judith was born, the Resniks had a son, Charles.

The Resniks were an upper middle-class Jewish family devoted to their religion and to all learning. Gifted in math and science, Resnik excelled in academics from a young age. She also attended Hebrew school and, by her teenage years, was an accomplished classical pianist. Teachers and friends described her as extremely bright, disciplined, perfectionistic, and personable.

With a score of 800 on her math SAT tests, Resnik was accepted to Carnegie Tech (now Carnegie-Mellon) in Pittsburgh, where she majored in electrical engineering. After graduating in 1970, she married Michael Oldak, a fellow engineering student. The couple moved to New Jersey, where Resnik was employed in the missile and surface radar division of RCA. In 1971, they moved to Washington, D.C. Resnik received her master’s degree in engineering from the University of Maryland, and began work on her Ph.D. while employed as a biomedical engineer in the neurophysics lab at the National Institutes of Health. She and Oldak divorced in 1975.

In 1977, while she was finishing work on her doctorate, NASA began recruiting minorities and women to the space program. Though Resnik had never shown particular interest in the space program, she decided to apply. After receiving academic honors for her doctoral work in electrical engineering, she accepted a job with Xerox. She moved to Redondo Beach near Los Angeles, where she continued to train for the NASA tryouts. In 1978, at age twenty-nine, Resnik was one of six women accepted into the program.

She would be the second American woman to fly in space (after Sally Ride in 1983), and the fourth woman worldwide. During her first six years at NASA, she specialized in the operation of a remote-control mechanical arm that moved objects located outside the spacecraft. In 1984, on her first space flight on the shuttle Discovery, Resnik was responsible for unfurling a 102-foot-long solar sail, which, on future missions, would be used to capture the sun’s energy.

NASA’s Challenger, Flight 51-L, was Resnik’s second space launch. She was to have assisted in photographing Halley’s comet. Famous for its civilian crew member, teacher Christa McAuliffe, the mission endured three delays before taking off at 11:38 a.m. on January 28, 1986. Seventy-three seconds into the flight, the space shuttle exploded in midair due to hydrogen leakage caused by faulty O-ring seals. Along with her six crew members, Resnik died in one of the worst space disasters in history.