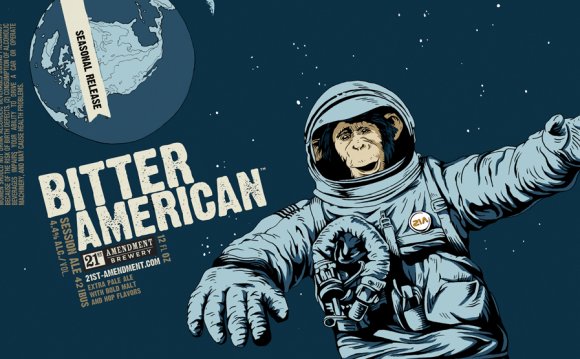 Ham the Chimpanzee is welcomed home after flight.

It’s not always well remembered that two chimpanzees helped paved the way for human spaceflight with tests in the 1960. Even less remembered, in the 1940s and 1950s, monkeys perished for the U.S. cause and dogs died in Soviet spaceflight tests.

The space chimps, Ham and Enos, were celebrated at the time. Ham, the first chimp in space and the subject of this photo, preceded the first American in space, Alan Shepherd. Later, Enos flew before before John Glenn orbited the Earth.

In this NASA picture, Ham is greeted by the recovery ship commander after his flight on the Mercury Redstone rocket. On Jan. 31, 1961, Ham greets the commander with what NASA calls the famous "hand shake" welcome. Ham seems calm. In other pictures of the chimpanzees upon return to Earth, they appeared to be hamming it up, grinning with happiness. But the apparent grins actually signified "the most extreme fear" through his baring of teeth, according to the renowned biologist Jane Goodall.

Chimpanzees were sent to space not as a stunt, but because researchers were genuinely unsure how the human body would respond to spaceflight, whether it could withstand the rigors of weightlessness and other harsh conditions.

The first primates in space actually preceded Ham by many years:

In the early 1950s, the Soviets sent nine dogs into space. The first two, Dezik and Tsygan, survived their initial flight. Dezik perished in a second flight, along with a dog named Lisa. Two other dogs died on a subsequent flight.

The most famous space dog was Laika, launched by the Soviets in Sputnik 2 on Nov. 3, 1957. Laika died in orbit before the satellite burned up on re-entry.