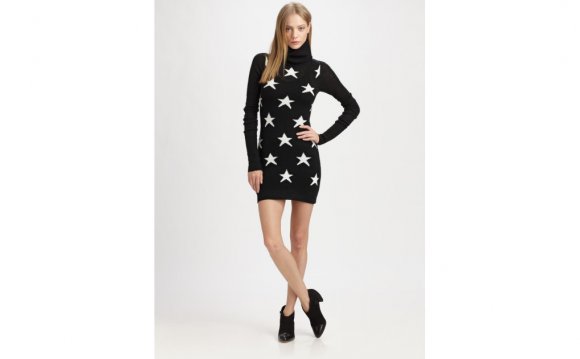 Some of my friends and family and other people whom I genuinely respect have been reposting this… “blog” rant eloquently titled “are black people stupid.” This rant, usually presented with a thumbnail with some woman’s ass or titties plastered on it, presents the question of why/how black people are in the state they are in today, and the offers the feasible answer that the only reason is that black people must be stupid.

Black people must be stupid to call each other nigga

Black people must be stupid to be so hypersexual

Black people must be stupid to do so much crime

Black people must be stupid to be Christian

Black people must be stupid to give this type of bullshit laden, uniformed, misguided, self righteous rant the time of day.

No offense to those friends and family whom have posted this, but this rant is not deep. It is not thought provoking, and most importantly it is not true. It is the type or rhetoric common from individuals who I often refer as “Africans with a K” (because the C is oppressive), whom despite their best intentions, often let their passions get in the way of logic and a general understanding of reality (BTW this article seems to have stemmed from a black Hebrew facebook page which is so ironic it should wear horn rimmed glasses and move to Portland).

I won’t break this blog down point by point because it would take too long and I would lose some people. But I will take a few shots.

First, let’s address respectability politics inherent in half of this article (another dose of Irony that would make Shakespeare cream his pants). For those not familiar, respectability politics is when black people tell other black people how to act based off of some arbitrary measurement of morality, often derived from white people (hence the irony). For half the article the “writer”gives us his best Don Lemon impression and derides black people for daring to enjoy hip hop, sex, using the N word, committing so much crime, etc. It gives no context for why/how hip hop is so popular and how it has reshaped and empowered the experiences and ideas of Black Americans for almost 40 years now, it doesn’t give credence to the origins and common use of the N word as a term of endearment. It spreads racist mythology about black hypersexuality when the truth is much more complicated and less sensational. It complains about black women’s “Flabby Stankin Asses” getting posted all over the internet while posting black women’s asses all over the article (again these pics usually serve as the thumbnails attracting your eye to the article. (I guess a nice fat ass isn’t so unattractive after all to not be commodified to promote your blog huh) It speaks on black criminality without mentioning targeted policing in black neighborhoods and how the prison industrial complex is designed to criminalize the black body as a whole regardless of actual crimes committed. It derides the mentality of impoverished people who dare to not spend their meager funds on the types of items and services deemed acceptable for those in poverty.

The article goes on to deride Black people for even associating with white people for their shared and clearly genetically inherent history of violence and barbarism. It then questions why black people didn’t riot and burn down a Florida courthouse so we could hang George Zimmerman from a tree.

It complains about the influence of white people on black culture… in the English language. It asks us to boycott Apple technology… on the internet via their facebook group. It asks why black people follow “the white man’s religion” of Christianity, while promoting Black Hebrew theology, not conceptualizing that both institutions stem not from Africa (you know where “black” people originate from) but from Israel and the middle east. It complains that black people don’t read, and it does this while using very simple words, short sentences, and adding plenty of pictures to illustrate its point.

Overall the rant takes complex and deep issues of black people and oversimplifies them in a way that I’ve only seen on white supremacy websites. It denies black people the right to their own humanity, their right to be flawed and not be a hive mind, and suggests that our problems and issues MUST be inherent to our melanin and not to the nature of the world we live in. It promotes myths about black people that keep us down, and myths about white people that keep us spinning our wheels. It ignores the fact that people of all colors struggle with vices and problems unique to their experience, and that race is a social construct that we assign meaning to and has no true connection to the reality of those problems. It does all of this without any sense of reality or self awareness to their own superiority complex and implicit hatred and disgust toward the very people they purport to want to help. Most glaringly, it ignores the ridiculous amount of black progress being made daily let alone in the last 60 or so years to try to prove its point.

Now for my own moment of Irony. I am so tired of the lack of rationality is some of circles of black militant and progressive philosophy. I’m tired of ignorant, uneducated rants about black people BY black people who base their entire understanding ABOUT black people on worldstarhiphop and Vine videos. Don’t get me wrong. We as a people people have problems, but internet vigilantism is not going to solve it. It’s just another angry person yelling for attention at the top of their lungs. We have enough of those. So my advice to would be writers of these articles, and the people who spread them around. Stop telling black people to wake up. We have been awake for generations now and your ranting and raving (you know who you are) is distracting everyone else from putting in actual work. The revolution may not be televised, but it won’t be re-blogged either, nor will be a trending topic or a viral video on youtube. The revolution is in your neighborhood not in your social network.