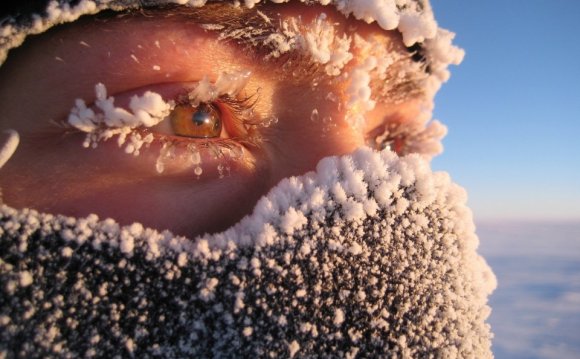 NASA astronaut Terry Virts (selected in 2000) took this spectacular spacewalk in 2015. A record-breaking 18, 300 people have applied to be in NASA's 2017 astronaut class.

The prospective astronauts all submitted their applications between Dec.14 and when the application period closed yesterday (Feb. 18) — and the total number is close to triple the applicants for NASA's most recent astronaut class, in 2012. (At the time, the 2012 application pool was the second largest ever at more than 6, 300.) [Related: How To Become An Astronaut]

"It's not at all surprising to me that so many Americans from diverse backgrounds want to personally contribute to blazing the trail on our journey to Mars, " NASA Administrator Charles Bolden said in a statement. "A few exceptionally talented men and women will become the astronauts chosen in this group who will once again launch to space from U.S. soil on American-made spacecraft."

Bolden himself is a former astronaut, selected as one of a class of 19 in 1980.

Over the next 18 months, NASA's astronaut-selection board will narrow the applicants down, and the top applicants will interview at Johnson Space Center in Houston — ultimately, NASA will select a final set of eight to 14 astronaut candidates to begin training.

The training process will take about two years, and will include "training on spacecraft systems, spacewalking skills and teamwork, Russian language and other requisite skills, " NASA officials said in the statement.

Ultimately, those who make it through the training will be assigned to either the International Space Station, NASA's Orion spacecraft, the Boeing CST-100 Starliner or the SpaceX Crew Dragon. Orion, currently in development to launch in the early 2020s on the new Space Launch System megarocket, will be able to support a crew of four for up to 21 days — habitat modules will be added for longer journeys, such as visiting Mars or deep space. Both the Starliner and Crew Dragon are in development aided by NASA's commercial crew program to bring four astronauts to the space station at a time.

But first, NASA's astronaut-selection board has its hands full choosing the most qualified candidates from the enormous pool of astronaut hopefuls for the 2017 astronaut class.

"We have our work cut out for us with this many applications, " Brian Kelly, director of Flight Operations at Johnson Space Center, said in the statement. "But it's heartening to know so many people recognize what a great opportunity this is to be part of NASA's exciting mission. I look forward to meeting the men and women talented enough to rise to the top of what is always a pool of incredible applicants."

NASA Now Minute: How to Become and Be an Astronaut