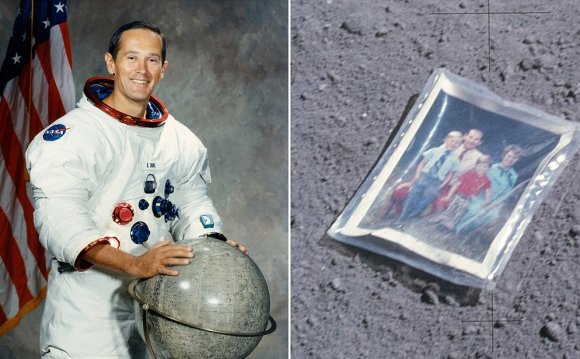 I came across this comic yesterday depicting the recent advice astronaut Chris Hadfield of Canada gave to a young fan during a Reddit “Ask Me Anything” session where participants were literally able to ask any questions they had to Astronaut Hadfield who is currently aboard the ISS. The fan asked for any advice he may have to young kids who were aspiring to be an astronaut. The quote shown in this cartoon was Astronaut Hadfield’s response.

Decide in your heart of hearts what really excites and challenges you, and start moving your life in that direction. Every decision you make, from what you eat to what you do with your time tonight, turns you into who you are tomorrow, and the day after that. Look at who you want to be, and start sculpting yourself into that person. You may not get exactly where you thought you’d be, but you will be doing things that suit you in a profession you believe in. Don’t let life randomly kick you into the adult you don’t want to become.

What I found especially interesting about this quote is that I have had the chance to meet and talk to many astronauts and the advice I have received has been similar to Astronaut Hadfield’s advice. This comic by Zen Pencils is so powerful I just had to share it here. Every kid should see this comic and hopefully will find motivation to shape their careers whether they want to be astronauts, doctors, scientists or whatever their dream may be.

One side note: Astronaut Hadfield is currently flying around the earth’s orbit on the International Space Station and was in orbit during this Reddit session. He has become very popular using social media as a way to share his experience and inspire others. He is known for tweeting amazing photos and videos from space. He also participated in NASA’s first Google+ Hangout from space on February 22, 2013. He will take over as commander when Expedition 35 starts in March 2013. He will be the first Canadian commander of the ISS.

How To Draw A Cartoon Astronaut by Garbi KW (Graffiti office)