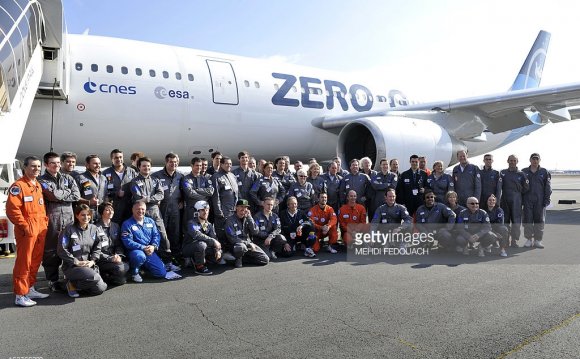 The men of NASA's Mercury, Gemini and Apollo programs were national heroes - a few even became icons. But they were husbands, too - most of them fathers - and the wives who stayed behind while their other halves explored other worlds often found themselves in an orbit all their own.

"I think we girls all shared something that no other group of women shared in history, " said Marilyn Lovell, who found herself in the headlines along with husband Jim Lovell, the commander of Apollo 13.

As Lily Koppel writes in "The Astronaut Wives Club, " "They had spent the best years of their lives raising kids and supporting their husbands' careers and moving their families from one end of the country to the other, from one dismal base to the next. Now their husbands were astronauts, and they, too, were instant celebrities."

Left: Life Magazine was awarded exclusive media rights to the astronauts and their families.

Mercury astronaut Alan B. Shepard, Jr., the first American to fly into space, is congratulated by President John F. Kennedy and presented with the NASA Distinguished Service Award, in a ceremony on the White House lawn, May 6, 1961. Shepard's wife, Louise (left) and his mother were in attendance.

Shepherd later flew to the Moon as commander of Apollo 14.

Trudy Cooper, wife of Gordon "Gordo" Cooper, and their teenage daughters, Cam and Jan, watch as the astronaut lifts off during the Gemini 5 mission, August 21, 1965.

Grissom, one of the original "Mercury Seven" astronauts, died in a ground fire aboard Apollo 1 in 1967.

The first people at Jeannie's house that day weren't from NASA - they were other wives, who shared a special bond, being the spouses of pilots who might not make it back from work alive.

"The guys were supportive, " Jeannie Bassett told correspondent Lee Cowan, "but the wives were just there."

Bonnie White talks to her dad, the first American astronaut to perform a spacewalk, at Mission Control during the flight of Gemini 4, June 1965.

Marilyn Lovell and her children follow the liftoff of the Apollo 8 mission, carrying astronaut James Lovell, on December 21, 1968. From left: James, Jeffery, Susan and Barbara.

Apollo 10 mission commander Thomas P. Stafford relaxes at home with his wife, Faye, and children, Dionne, 15, and Karin, 12, sitting on floor, at their home in Nassau Bay, Texas, near the Manned Spacecraft Center, May 14, 1969.

Apollo 10 command module pilot John W. Young relaxes at home with his wife, Barbara, and children, Sandy, 12, and John, 10, at their home in Nassau Bay, Texas, near the Manned Spacecraft Center, July 14, 1969.

Commander of the Apollo 11 mission Neil A. Armstrong and his family; wife Janet, and sons Eric and Mark, July 7, 1969. Two weeks later, Armstrong became the first man to walk on the Moon.