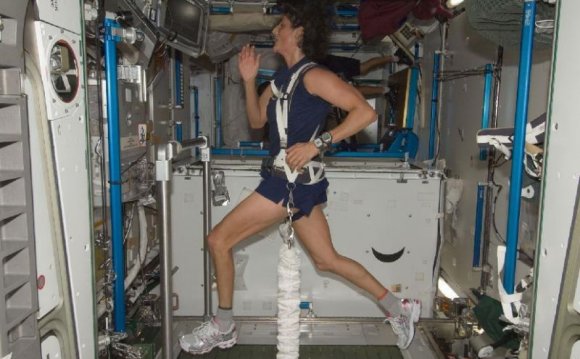 Wanted for the job of a lifetime: Intrepid explorers to ply the deep reaches of space.

Yes, the U.S. space agency is surely aware some might have concerns in light of the fictional travails of Mark Watney, protagonist of the recent book and film of the same name, The Martian, who gets stuck on the Red Planet and has to figure out how to survive there all alone.

NASA wrote in an statement this morning that it will soon accept astronaut applications "in anticipation of returning human spaceflight launches to American soil, and in preparation for the agency’s journey to Mars."

"With more human spacecraft in development in the United States today than at any other time in history, " NASA continued, "future astronauts will launch once again from the Space Coast of Florida on American-made commercial spacecraft, and carry out deep-space exploration missions that will advance a future human mission to Mars."

Since the shuttering of the Space Shuttle program in 2011, Americans heading into space have had to catch rides on Russian rockets.

Among those likely to be taken seriously as potential astronauts: applicants with at least a bachelor’s degree (though an advanced degree is "desirable") in engineering, biological science, physical science, or math; and at least three years of "related, progressively responsible experience, or at least 1, 000 hours of pilot-in-command time in jet aircraft."

NASA said there are four potential postings for those fortunate to be chosen to take part in the program: the International Space Station (ISS), two commercial crew vehicles currently being built by Boeing and SpaceX, or NASA’s own Orion deep-space exploration vehicle.

"This next group of American space explorers will inspire the Mars generation to reach for new heights, and help us realize the goal of putting boot prints on the Red Planet, " NASA administrator Charles Bolden said in the announcement. "Those selected for this service will fly on U.S.-made spacecraft from American soil, advance critical science and research aboard the (ISS), and help push the boundaries of technology in the proving ground of deep space."