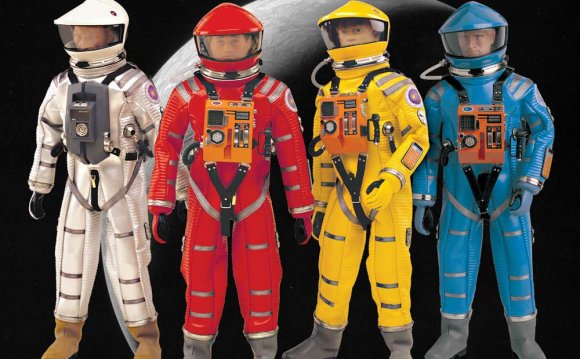 Erich von Däniken's 1968 book Chariots of the Gods? posited that elements of the religions and technologies developed by some of Earth's oldest civilizations were actually the products of extraterrestrial visitations by space travelers whom those ancient Earthlings welcomed as gods. Among the types of evidence von Däniken offered in support of his thesis was his interpretations of ancient artworks as depicting extraterrestrial beings and forms of technological activity that were not realized until the 20th century (such as astronauts and vehicles traveling through air and space).

has long since been dismissed by most scientists and archaeologists as containing far more pseudoscience than actual science, but

fascination with some of the ideas it expressed remains — as evidenced by the example reproduced above, which claims that a cathedral wall in Spain dating from the 12th century bears the mysterious, unexplainable likeness of an astronaut carved by a stonemason over 900 years ago.

First off, the example errs a bit in identifying the astronaut carving as adorning the wall of a cathedral built in 1102. The city of Salamanca in Spain is home to two adjacent cathedrals: The "Old Cathedral" (Catedral Vieja), begun in the 12th century, and the "New Cathedral" (Catedral Nueva), begun in the 16th century. The figure in question is part of latter, not the former. Still, finding this carving of an astronaut on the wall of a cathedral constructed between 1513 and 1733 would be quite remarkable, as the figure anticipates with amazing accuracy a form of technology not realized until centuries later.

Unfortunately for Chariot buffs, however, the origins of the carving are neither ancient nor mysterious. The astronaut figure dates not from the 12th century or the 16th century or even the 18th century, but from 1992, and we know both who put it there and why: The New Cathedral was undergoing restoration work during that period, and one of the artisans engaged in the project chose to engage in a bit of tradition by "signing" his work with a contemporary symbol representative of the 20th century: an astronaut.

The restoration of the Cathedral of Salamanca in 1992 integrated modern and contemporary motifs, including a carved figure of an astronaut. The use of this motif was in the tradition of cathedral builders and restorers including contemporary motifs among older ones as a way of signing their works. The person responsible for the restoration, Jeronimo Garcia, chose an astronaut as a symbol of the twentieth century.