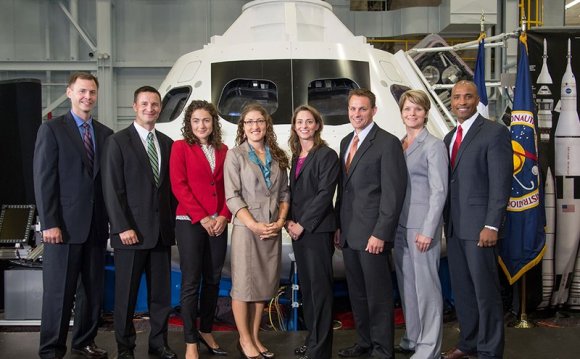 Last year, I diverged from my mission of picking a comedian or humorist’s Best Joke Ever to look at a comic book:, Nick Spencer and Steve Lieber’s hugely entertaining series about D-list Marvel supervillains that is funnier than almost every sitcom on television.

Since then, I’ve noticed a renaissance of sorts in comic book comedy, rescuing fans from grim tales of dark avengers doing serious stuff scowlingly. At Valiant, Quantum and Woody and Archer and Armstrong are two hysterical buddy titles that have become even funnier in The Delinquents, which teams up both teams. That ridiculous comic features a quest for hobo treasure that is mapped on a butt tattoo. At DC — ever the dourest of publisher — Harley Quinn is proving to be surprisingly compelling, funny, and best-selling. At Marvel, a new Rocket Raccoon series is gorgeously illustrated and chock full of good jokes and absurd situations, thanks to Rocket’s man-slutty behavior and charming tree buddy Groot.

But the heavyweight championship of humor comics can only be fought by two titles that are both young, both from Image Comics, both previously web comics, and both mind-blowing in their creativity and high-caliber comedy: God Hates Astronauts (GHA) by Ryan Browne and Punks: The Comic by Joshua Hale Fialkov and Kody Chamberlain. If you like quality humor and batshit art, you need to support these series.

GHA has a simple premise: farmers are launching themselves into space, and NASA formed a superhero team to stop them, lest delicate space treaties be breached, causing an invasion of Earth by crab people and other space oddities. The cast of characters includes an alien named Admiral Tiger Eating a Cheeseburger, a weird ghost blob of a narrator named 3-D Cowboy, a former cop with cyborg arms, and “the most powerful cosmic ghost warrior the world has ever known, ” Star Grass, who never needs a night light thanks to his glowing ghost head. I can promise this paragraph is only the tip of the lunacy-berg.

Punks also features an occasional alien invasion, but is mainly about a group of friends: Dog, Fist, Skull, and Abe Lincoln. Since the art is done in photo-collage style, the characters’ heads reflect their names exactly: a bulldog for Dog, a fist for Fist, a skull for Skull, and Abraham Lincoln for Abe (who thinks he not only freed the slaves, but fought the Cylons). Abe, Fist, and Skull don’t like Dog very much, and they are constantly breaking his balls, literally or metaphorically. Subplots include Dog getting stuck in the ceiling, where he goes on a gnome-slaughtering bender. There is also a superhero version of Dog who pees too much. As with GHA, I’m doing a terrible job conveying just how unpredictable and funny this series is: anything can happen, but it’s always something funny, since Fialkov and Chamberlain have an exquisite sense of verbal and physical humor.

So which is the Funniest Comic Going?

I don’t know. I just work here. To pass the buck, I went to the creators themselves for help, asking them to comment on the other series. Punks author Fialkov has this to say about GHA: “I think what I really like the most is that there’s a degree of brashness about his humor. We tend to be more scatological, whereas Ryan goes into these dark, dark places that I think Kody and I lean away from. Kody and I both do our other books that are, y’know, heavy and emotional and blacker than black. But we channel the other part of our brains, so that I think Punks is like a flip side to our other work. Ryan, meanwhile, puts all of himself into GHA. You read that book, and you know exactly who he is. And I mean that in the most upsetting way possible.”

Hmm, I assume this means Ryan Browne is an astro-farmer or crab person, but I guess time will tell.

Chamberlain agreed that the darkness of GHA is impressive, saying, “I love how Ryan spends time building these tragic relationships and torturing each character in their own special way. Characters are transforming, distorting, and merging together like cans of Play-Doh.” He also praised the innovations of GHA: “Watching Ryan experiment with the form and the language of comics is refreshing. It’s a trip.” My favorite such innovation is using sound effects to add extra jokes, which often call out the action: for example, as a character is thrown out a window, the sound effect is “DEFENESTRATE!”

GHA creator Ryan Browne struck back at his rivals with equally stinging praise for Punks: “I love the recklessness of this book. The visual creation of the comic is just as destructive and aggressively weird as the ‘story.’ The book just feels like a comedic punch to the crotch at all times, even when the characters aren’t actually punching each other in the crotch (which happens a lot). It feels a lot like The Young Ones with less puppets and more dead American Presidents. I’m all about that!”