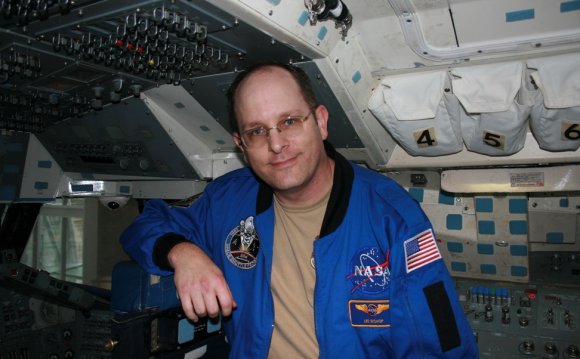 A flight suit is a full body garment, worn while flying aircraft such as military airplanes, gliders and helicopters. These suits are generally made to keep the wearer warm, as well as being practical (plenty of pockets), and durable (including fire retardant). Its appearance is usually similar to a jumpsuit. A military flight suit may also show rank insignia. It is sometimes used as a combat uniform in Close Quarters Battle or Visit, Board, Search, and Seizure situations, for its practicality.

As aviation developed in unheated open cockpits, the need for warm clothing quickly became apparent, as did the need for multiple pockets with closures of buttons, snaps, or zippers to prevent loss of articles during maneuvers. Various types of flight jackets and pants coverings were developed and, during World War I, leather two-piece outfits were common among pilots to ward off the chill caused by propwash and the cold of low-oxygen high altitude flying. Leather quickly became the preferred material due to its durability and the protection it offered against flying debris such as insect strikes during climb-outs and landings, and oil thrown off by the simple rotary and inline motors of the time. Australian aviator Frederick Sidney Cotton's experience with high level and low-temperature flying led Cotton in 1917 to develop the revolutionary new "Sidcot" suit, a flying suit which solved the problem pilots had in keeping warm in the cockpit. This flying suit, with improvements, was widely used by the RAF until the 1950s.

By the time World War II started in earnest, electrically heated suits were introduced by Lion Apparel in conjunction with General Electric for patrol and bomber crews who routinely operated at high altitudes above 30, 000 feet, where air temperatures could get so cold that flesh could freeze instantly to any metal it touched. As enclosed and pressurized cabins came into operation, the necessity of bulky leather and shearling jackets and pants began to fade. For example, pilots, navigators, and bombardiers of a B-17 operating in Europe in 1944 comfortably wore their officer's uniforms under an A-2 flight jacket, due to the enclosed and heated cabin; but the waist gunners needed electrically heated suits as they fired their guns through open window gunports. When the B-29 Superfortress was introduced in the fight against Japan, along with remote-controlled coordinated gun turrets, the fully pressurized crew cabin made bulky flight gear obsolete.

Where bomber pilots could wear their dress uniforms as flight gear, fighter pilots needed a uniform that functioned in the tight confines of the typical fighter plane cockpit. The AN-S-31 flight suit was developed for the US Army Air Corps and featured two button-down breast pockets and two button-down shin pockets that could be accessed from the sitting position. The US Navy used a slightly different model that featured slanted pockets with zippers. The material used was either wool or tight-weave cotton for wind resistance and fire protection.

The need for short-duration fire protection was demonstrated early during that war. As technology advanced, the fire-protective flight suit, helmets, goggles, masks, gloves and footwear were designed and used. The footwear often could be cut to appear like civilian shoes in the country where the crew member would land if shot down.

Flak jackets were also developed to give bomber crews some protection from flying shrapnel, though these increased the overall weight of the airplane and reduced the effective bombload that could be carried.

With the era of jet flight and improved focus on safety, however, fully fire-retardant materials were required. It was also simpler to make a one-piece suit when it would potentially have to fit over existing clothing or various types of under-garments.

Also, with the coming of jet flight came the development of the G-suit, a special kind of flight suit (worn alone or in combination with a traditional flight suit) that protected the wearer from the physical stress of acceleration by compressing the body to keep blood from pooling in the legs. As the pilot executed high-G combat maneuvers, his blood would literally be pulled from his head and shift downwards into his lower body, starving the brain of oxygen and causing a blackout. The G-suit was designed to allow some retention of blood in the pilot's head, allowing him to execute high-G turns for sustained periods of time.

In the 1950s and 1960s even more specialized suits needed to be developed for high-altitude survelliance (such as with the U-2 and SR-71 aircraft) and space flight. These would include full pressurization, and would be the precursor to today's space suits.

The current flight suit that is standard for most air forces and navies is made of Nomex, a fabric made from spun aramid that is lightweight and fire resistant. The flame retardant capabilities of this material make it ideal for protecting aviators in case of a fire. The suit is often green or desert tan in color, with multiple pockets for specific pieces of gear (such as a clear plastic pocket on the thigh intended to house a map of the aircraft's planned flight path) but color, style, and cut vary greatly from country to country. The current model flight suit for the US military is the CWU 27/P and is available in sage green and desert tan. Commercial flight suits for civilian flying are also available, and are frequently used by helicopter crew (including non-pilots such as flight engineers and nurses), aerobatic pilots, and others who desire a practical "uniform".

Members of the United States Marine Corps wore flight suits during most vehicle patrols and ground combat operations in Iraq and Afghanistan, because their standard camouflage utilities were not flame-resistant. Flight suits are now being phased out among ground personnel with the introduction of the Flame Resistant Organizational Gear or "FROG" suit, which resembles the standard camouflage utilities.

NASA astronauts have worn one-piece flight suits when in training or on flights in their NASA T-38s. The current flight suit worn by astronauts is Royal blue, made of Nomex. The now common "shirt-sleeve environment" of the orbiting Space Shuttle and International Space Station has resulted in much more casual attire during spaceflight such as shorts and polo shirts.

The NASA Intern Experience (with help from a space suit ...