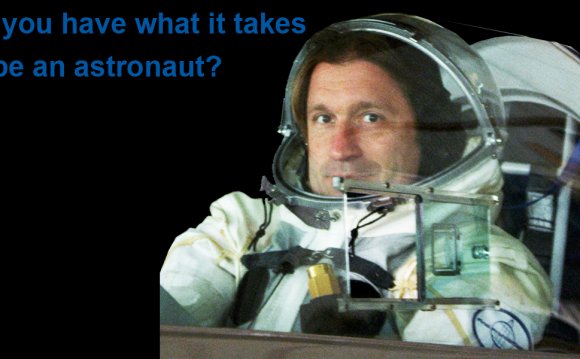 Pluto has become one of our most favorite bodies in the solar system, perhaps gaining increased appreciation after it was demoted from a full-sized planet to dwarf planet in 2006 and thus decreasing our solar system planet count to eight planets. A significant portion of Pluto’s mass is icy material and so it is often referred to as an ice dwarf. The New Horizons mission is helping us understand how the ‘ice dwarfs’ have evolved over time.

The New Horizons Mission, which launched January 19, 2006, is the first mission to the Pluto system and Kuiper Belt. It conducted a six-month-long reconnaissance flyby to study Pluto and its moons. On July 14, 2015 it reached the closest approach to Pluto. NASA hopes to extend the mission and send the spacecraft farther into the Kuiper Belt to study more icy worlds.

The Science, Technology, and Business Division’s final program for the year will take us to the Kuiper Belt and feature the darling of our solar system, the dwarf planet Pluto and its moons. Astrophysicist Dr. Dennis Reuter will highlight some of the first close-up images of Pluto from the New Horizons mission in the illustrated lecture “New Horizons: Journey to Pluto and Beyond” on Tuesday, December 8 from 11:30 a.m. -12:30 p.m. in the Pickford Theater of the James Madison Building. These high-resolution images tell incredible stories and have created much excitement in the scientific community and with the public.

Dr. Reuter is co-investigator on the New Horizons Mission and instrument scientist for the Ralph color imager and infrared (composition mapping) spectrometer on New Horizons. Ralph will help us learn about the surface geology and morphology of the Pluto system, as well as provide surface composition and temperature maps.

This program is part of the 2015 series of lectures presented through a partnership between our division and NASA’s Goddard Space Flight Center. We are happy to report that this is the ninth year that the Library has been partnering with Goddard.

If you cannot make it to the program, it will be recorded for broadcast on the Library of Congress science webcast page and on its You Tube channel “Topics in Science” playlist in the coming months.

Today’s guest blog post is by science fiction and fantasy author Fran Wilde, who will be visiting the Library on Dec. 3 to talk about “Flights of Fantasy and Fact: Man-made Wings in Literature and History”. Wilde is also a technology consultant and former engineering and science writer. Her short fiction has appeared in publications […]

The first exoplanets, or extrasolar planets, were definitively discovered in the 1990s, although the idea of other worlds like ours goes back to the ancient Greeks, and their existence had been theorized by Giordano Bruno in the 16th century and Isaac Newton in the 18th. The first direct images of exoplanets were produced in 2008. […]

Did you know that there are frozen volcanoes that spew icy particles and water vapor, instead of fiery molten rock? You’ll have to travel millions or billions of miles into the outer solar system to find icy volcanism, also known as cryovolcanism. Many of NASA’s missions to the far-reaches of our solar system have provided evidence […]

Today’s post is guest authored by Michelle Cadoree Bradley, a science reference specialist in the Library’s Science, Technology, and Business Division. She is also the author of the blog posts Marie Curie: A Gift of Radium, George Washington Carver and Nature Study and Stumbled Upon in the Stacks, or the Chimp in my Office. It was a […]

The universe is full of plasma and magnetic fields actively swirling, spiraling, and colliding. These mighty magnetic mysteries can cause gigantic explosions of energy such as solar flares, coronal mass ejections, and geomagnetic storms which often enhance the Earth’s auroras. Space weather is influenced by these highly charged events which can then cause havoc with […]

Several types of evidence from past Mars missions lead us to believe that Mars used to be much different from the dry, cold place we find today. Ancient gullies and canyons look as if they were carved by flowing water, minerals that can only be made in standing water have been found, and ancient volcanoes […]

There is no way around it- we live in the sun’s extended atmosphere. The dynamic activity of the sun and its changing behavior impacts us all. Why this might concern the citizens of Earth is that solar storms, however beautiful, can be a threat to our planet- specifically our electrical grid and technologies such as […]

The following is a guest post from Trevor Owens, Special Curator for the Library of Congress Science Literacy Initiative. To most Americans Carl Sagan is a TV persona. To David Grinspoon, who knew him since he was a child, he is much more. Among other things, Sagan was a personal mentor. I am thrilled to be […]