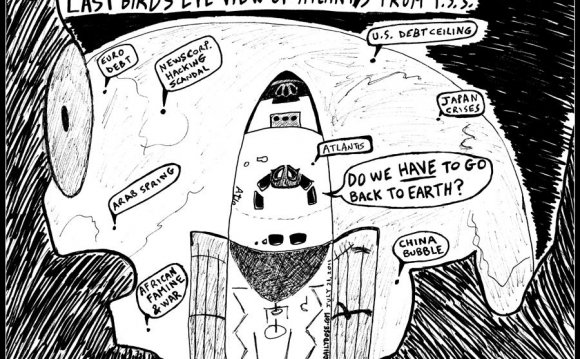 Astronauts in their orange spacesuits prior to launch of the Space Shuttle Atlanis on mission STS-125, in front of a mockup of the shuttle.
Credit: NASA

NASA wasn't trying to make a fashion statement when it picked bright orange for the spacesuits astronauts wear when they launch and land on the space shuttle.

In fact, that bright hue called International Orange was chosen for safety, because it stands out so well against a landscape.

"It's highly visible for search and rescue, " said Brian Daniel, shuttle crew escape subsystem manager at NASA's Johnson Space Center in Houston. "It's one of the most visible colors, especially for sea rescue."

The shuttle ascent and entry suit, called the Advanced Crew Escape Suit (ACES), is a pressurized shell designed to help an astronaut survive if an accident occurred during liftoff or landing. The suit contains a supply of air and water, along with a parachute and survival gear such as radios, flares and medicine.

And today's NASA astronauts wear a completely different suit for spacewalks, or extravehicular activities (EVAs). These suits are designed for a different purpose survival in the near-vacuum of space, rather than survival on Earth.

Thus EVA suits are white, which reflects the strong heat of the sun and stands out against the black expanse of space . These suits are called Extravehicular Mobility Units (EMUs), and are even bulkier than the ACES. They include temperature control, breathable air and drinkable water, and a tough shell to prevent small pieces of space junk, called micrometeoroids, from harming the astronauts.

Russia has its own spacesuits the Sokol suit for launch and landing, and the Orlan suit for spacewalks for those flying aboard Soyuz spacecraft. Both of these suits are white, and function similarly to their U.S. counterparts, with some differences.

China the third nation to independently launch humans into space has its own custom-designed spacesuits for spacewalking called Feitian suits, modeled on Orlan suits. Chinese astronauts have worn suits that closely resemble Sokol suits for launch and landing.