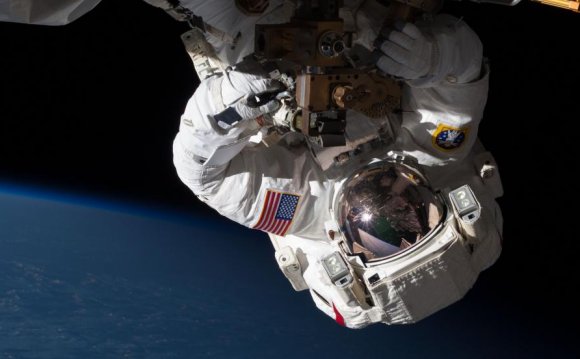 Inside the Space Shuttle, the air pressure is kept at 1 atmosphere, which is the same level as on earth. The temperature and humidity are controlled, so that, the astronauts can live comfortably. Therefore, except for the orange flight suits that are worn during launch and reentry, the astronauts do not need any special clothes. The astronauts dress in the same manner that we on Earth do.

The astronauts are unable to do their laundry inside the Space Shuttle. So, the astronauts bring several sets of underwear to change everyday. They also bring extra cotton shirts and pants.

When the astronauts venture outside the space shuttle to work in space, they wear spacesuits. These spacesuits are high performance suits with various functions that are designed to protect the astronauts from an environment that is too harsh for a human being to live under, such as space radiation and the vacuum of space.

Quiz: How Often Do Astronauts Wash Their Clothes in Space ...