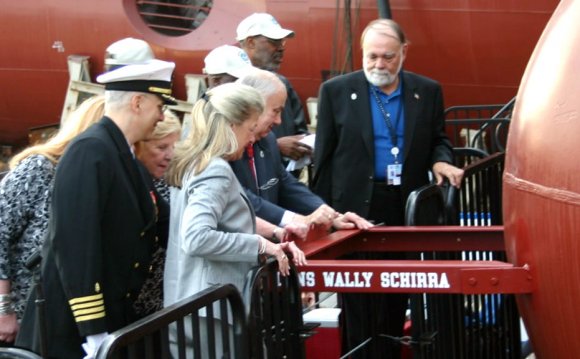 Last year, asking the public to help them select the outer-layer design of their Z-2 spacesuit. Recently, they released additional photos and details about the latest design interation, which was aesthetically inspired by the sci-fi film Tron and features 3D printed parts tailored to each astronaut, hopefully making walking on the Martian surface feel like a stroll in the park.

The new Z-2 spacesuit design features significant upgrades that are all focused on offering “maximum astronaut productivity on a planetary surface”—specifically, on Mars, as NASA is already developing the capabilities to .

The Z-2 will include 3D printed hardware, as well as parts created from 3D scans of the astronauts individual bodies, insuring perfectly accurate sizing. In addition, the developers are using advanced composites to achieve a light-weight, high durability suit that can withstand long-duration missions in harsh environments found on Mars.

NASA has also said that the Z-2 will feature adjustable shoulders and waist sizing to maximize the number of crewmembers who can fit into any single suit. Given that space shuttles are extremely limited in terms of the weight and size of equipment they can carry, being able to use a single suit for several astronauts would be a huge advantage. Since, the spacesuit’s parts could potentially be 3D printed in-situ, for example if an astronaut damages their suit, or needs a size adjustment.

In terms of design, it is similar to the grey Tron-inspired Z-2 design revealed last year, but it is significantly more streamlined, and with added red electroluminescent details for better visibility in darkness.

Other features that will make the astonauts lives’ significantly easier include a suitport, that will allow the suit to connect directly to landing habitats and vehicles, and a wide opening in the back that will allow astronauts to step in and out without using an airlock.

“NASA is developing the next generation of suit technologies that will enable deep space exploration by incorporating advancements such as regenerable carbon dioxide removal systems and water evaporation systems that more efficiently provide crew members with core necessities such as breathing air and temperature regulation, ” “The Z-2 suit is a technology demonstrator for a planetary surface suit; the suit is designed for maximum astronaut productivity on a planetary surface – exploring, collecting samples, and maneuvering in and out of habitats and rovers.”

The 3D printed Mars-bound Z-2 spacesuit is just one of the many investments NASA has made into 3D printing technology. Recently, the space agency has been conducting tests on, and even launched a contest to develop, selecting ICE HOUSE as the winner.

The Launching of the USNS Wally Schirra