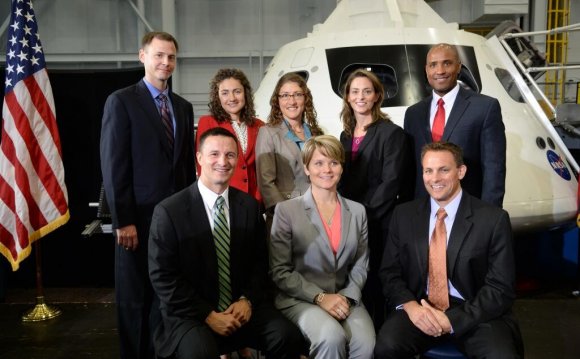 NASA is looking for a few men and women with the right stuff.

With its eyes set on deep space exploration, NASA will soon begin seeking applications from would-be astronauts. The space agency says it needs to bulk up its depleted roster of astronauts for missions to the International Space Station as well as into cislunar space and beyond. Despite uncertain prospects for the future of NASA’s human exploration program, expect a torrent of applications.

The last time NASA solicited applicants four years ago, 6, 372 US citizens responded. That was nearly double the average number during the space shuttle era, when typically about 3, 500 people would apply each time. From the more than 6, 000 applicants, NASA eventually chose four men and four women in 2013. That group has now completed their training and progressed from being ascans (a delightful abbreviation for astronaut candidates that is pronounced just like you hope it is) to joining the ranks of experienced fliers ready for assignment.

Ironically, NASA’s astronaut applications are up as its flight opportunities have fallen by about 90 percent. Back in the early 2000s during the peak of the space shuttle program, NASA had more than 150 active astronauts. That’s because the shuttle, with six to seven launches a year, afforded 40 to 50 annual flights into space. But since the shuttle’s retirement in 2011, the number of active-duty astronauts has dwindled to only 47 now as veterans have sensed a lack of opportunities and retired.

Enlarge / For the first time, in 2013, NASA selected an equal number of men and women candidates.

Now, however, NASA plans to return to deep space with its Space Launch System rocket and Orion spacecraft. “This is an exciting time to be a part of America’s human spaceflight program, ” said Brian Kelly, director of Flight Operations at NASA’s Johnson Space Center in Houston. “NASA has taken the next step in the evolution of our nation’s human spaceflight program—and our US astronauts will be at the forefront of these new and challenging space flight missions.”

NASA has set a goal of sending humans to Mars by the 2030s, but with its current funding and approach to exploration, it's not clear that will happen. The first human mission in the Orion spacecraft is unlikely before 2023, and that will probably be a lunar flyby. Later in the 2020s, NASA intends to send astronauts to a small boulder stashed in a distant orbit around the moon. Beyond that, NASA has not charted any human missions.

NASA has promised the Moon—literally—to astronaut classes before. During a meeting in Houston last week, five-time astronaut John Grunsfeld, for example, recalled how his class of astronauts in 1992 was told they would be the first group to return to the Moon and then set foot on Mars. Other classes in that era were told the same thing.