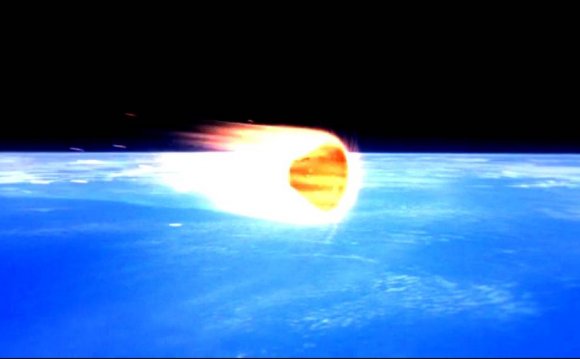 Forty years ago today, two Americans touched down on the moon and walked upon its surface. Now, NASA?s trying to do it again with Constellation, an ambitious project to return humans to the moon by 2020.

But if NASA could do it in the eight years between President John F. Kennedy?s 1961 speech that led to the historic first lunar landing of Apollo 11 on July 20, 1969, some wonder why it is so difficult to go back. By 2020, 16 years will have passed since NASA launched its new moon-bound vision in 2004.

For one thing, the goal this time around is significantly expanded from last time.

"This is much more than flags and footsteps, " said John Olson, director of NASA's Exploration Systems Mission Directorate Integration Office. "We're going for a sustained human presence in space."

Rather than visit the moon for hours or days at most, Constellation astronauts will embark on missions that could last months. They will need new tools and technologies for living on the moon, and must construct semi-permanent habitats on the lunar surface. Besides the challenge of designing these systems, NASA must build a spaceship than can transport all the extra supplies.

NASA's current rockets and space shuttles aren?t capable of surpassing low-Earth orbit to reach the moon with the amount of gear required for a manned expedition.

"The amount of rocket energy it takes to accelerate those kinds of payloads away from Earth doesn?t exist anymore, " said Jeff Hanley, NASA's Constellation program manager. "It exited in the Apollo era with the Saturn V. Since that time this nation has retired that capability."

NASA is developing new rockets, called Ares I and Ares V, for the return trip to the moon. These will be larger and taller than their Apollo-era Saturn counterparts, and will be able to carry significantly more weight.

The Constellation plan calls for these new rockets to surpass the Saturn vehicles in capability, but to do it on a budget.

And on top of those challenges, Constellation plans to go farther than the moon: The lunar voyages will be a staging ground to prepare humans to journey to Mars.

While engineering a return trip to the moon won't be easy, some experts say the biggest hurdle for Constellation is money. NASA is spending $35 billion to build Orion and the Ares I.

"The technologies that we need to do the job are largely in hand, " Hanley said. "In terms of the challenge, it's really a fiscal challenge - the amount of money that the nation can afford to spend."

During the Apollo years NASA's budget was almost five percent of the federal budget. Now, it's less than one percent.

"We understand the technologies that will be necessary, but it's going to take an investment to do that, " said Roger Launius, space history curator at the Smithsonian's National Air and Space Museum. "That's the rub."

During the 1960s, many Americans felt the expense of Apollo was justified because of its importance to national security during the cold war. Today, some people question whether human space exploration is as valuable.

"There are not compelling publicly-held reasons for doing this, " Launius said. "Without a rationale that everybody understands and can buy into, it?s a very hard sell to get the resources to do it."

NASA maintains there are a host of good reasons for going back to the moon. In addition to the lunar science that can be learned, and the thrill of human exploration, many of the new technologies could have applications on the ground. For example, advances in high-efficiency batteries, energy storage systems, and closed loop environmental control and life support could benefit people back on Earth, Olson said.

"Despite the fiscal challenges and the tough times that we currently are experiencing, we need to go do this because of the economic benefits, because of the positive impact on people in our society, " Olson said. "It truly is a worthy goal."

Forty years after astronauts first set foot on the moon, SPACE.com examines what we?ve done since and whether America has the right stuff to get back to the moon by 2020 and reach beyond. For exclusive interviews and analysis, visit SPACE.com daily through July 20, the anniversary of the historic landing.

Moon landing anniversary: Will US ever go back? (+video)

The Eagle Landed on The Moon, Not on A Stage!